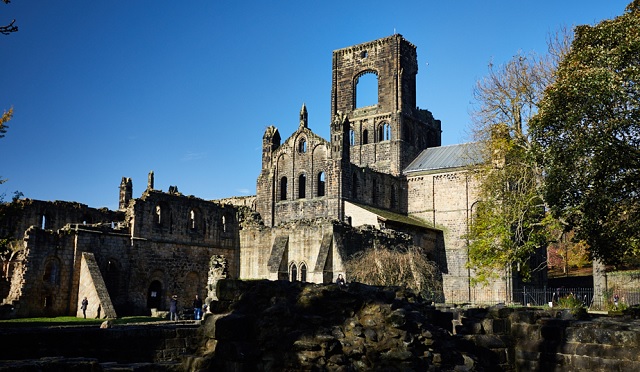 Would you like to be a record breaker? Kirkstall Valley Development Trust has announced it is looking for Wallies of all ages, shapes and sizes to take part in a Where’s Wally World Record attempt to muster the most Wallies in one place at one time, writes Jill Buckley.

Participants dressed as Wally are asked to gather in the grounds of Kirkstall Abbey from 11am on Sunday, June 10th with an attempt to take place at 1pm.

Various other activities such as a sing along choir, tai chi, and random acts of kindness as well as children’s activities will also place in the Abbey grounds until 5pm that day.

Participation is free though Wallies will be asked to register prior to the event in due course and voluntary contributions are encouraged in support of local mental health charities. The main focus of the event is good mental health and wellbeing with an emphasis on eradicating loneliness and isolation.

“Abbey Productions are organising the world record challenge as one of several events with the aim of bringing the community together, making for a stronger, more resilient community.”

Expert help is also invited by the organising team. Do you have any experience of Wally counting or similar events which could be put to use to help the event run smoothly? Mandy invites anyone who has any skills which may be suitable to email her at mandylong2013@gmail.com.

It is hoped that more event details and how to register will be available soon but in the meantime potential participants are asked to save the date.

The current Where’s Wally World Record is held by Wallies in Nagasaki, Japan with 4,626 Wallies present.

The Where’s Wally puzzle books, known as Where’s Waldo in the US and Canada and by various other monikers across the world, were first published in 1987 and were created by Martin Handford.

Wally is a world traveller distinguished by his red and white striped bobble hat and shirt and his round rimmed glasses.

Puzzlers are encouraged to find Wally in various different settings amongst large groups of people and a two page “puzzle” can take its creator up to eight weeks to draw Wally and the surrounding characters.