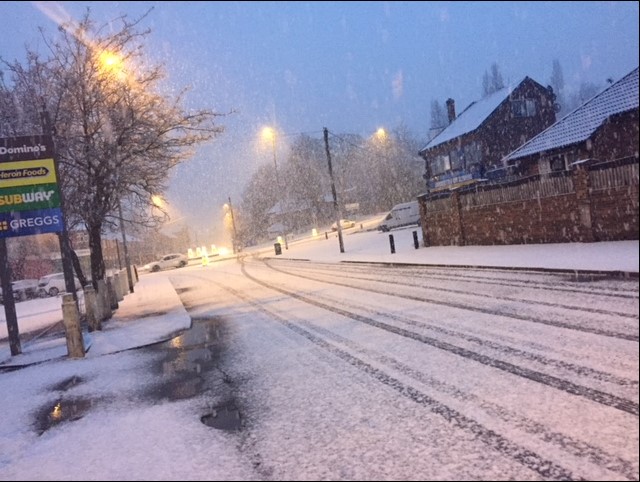 Leeds City Council says it DID grit the city’s main roads last night – despite many main roads grinding to a halt during this morning’s rush hour due to heavy snowfall.

A council statement says the council’s gritting teams were out at 10pm on Wednesday and were also out on the roads from 4am this morning on all primary routes.

They have also since have been out continuously from 6am.

“Our gritting teams have been working hard to keep the main roads moving this morning but, unfortunately, the sheer volume of snow in such a short space of time makes any gritting less effective than it would normally be- with the heavy snow covering up much of the grit before it has a chance to get to work.

“Grit also needs vehicles to drive over it to work properly, meaning it takes a time for it to make a big difference to driving conditions.

“We are aware that people have experienced major issues travelling around Leeds this morning but we’d like to assure everyone that we were fully prepared in line with the weather warning and have done the absolute best we can to keep the city going.

“The current forecast is for improved weather later today, and the weather warning for Leeds expires at 11am today so hopefully it will be clearer this afternoon and the evening commute will be much easier.”

The latest information on gritting can be found here.

Most buses are currently operating on main roads only. Full details of services affected here.

Information on school closures is updated by individual schools and can be found here.

Some primary schools are also closed or opened late.

The council says teams are working hard to recover any missed collections and prioritising black bins.