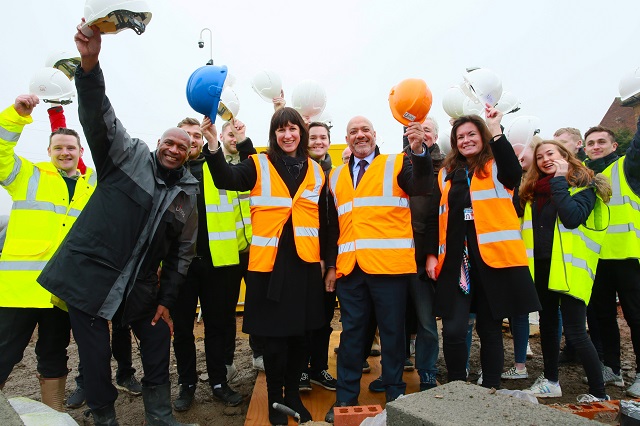 The scheme, which includes six houses and eight flats, is on the site of the former Ancestor public house at Armley Ridge Road which had been boarded up for several years before being placed on Leeds City Council’s list of ‘derelict and eyesore’ buildings.

Leeds City Council re-purchased the ground lease in 2014 and earmarked it for new affordable housing.

Homes England has provided grant funding of £420,000 towards the project, which is due to be completed in September 2018.

“We are very excited about the new development, which increases Unity’s presence in Armley.

“It will deliver an excellent mix of properties, ranging from one-bedroomed flats to three-bedroomed houses.”

“Local residents will benefit from this £2 million investment, which will help to regenerate the area by building new affordable homes.”

Twelve students from the School of Built Environment and Engineering at Leeds Beckett University were also invited to take part in the site visit.