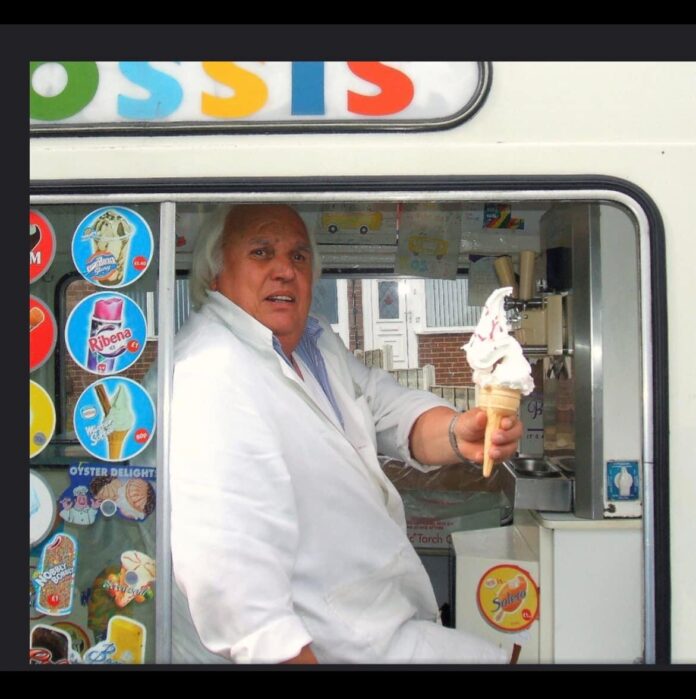 Hundreds of tributes have been pouring in after the death of popular ice cream man Mr Rossi was announced.

Mr Rossi – full name Vittorio Di Mascio – was well-loved in the West Leeds area, and focussed on the Bramley and Pudsey areas.

His customers reckon he had been selling ice creams for more than 40 years and he returned to the streets last year – in his 80s – after a break left him heartbroken after losing his wife and son within a short time of each other.

An announcement on the Rossi’s Ices Facebook page yesterday read:

“RIP our good friend Vittorio Di Mascio (Mr Rossi). It’s with a heavy heart I’m the bearer of sad news he saddly past away last night. RIP Vittorio you will be missed.

“He served ice cream in a yellow and white Bedford Cf in Leeds (Pudsey/Bramley).”

Tributes have flooded in on social media from generations of heartbroken customers.

“RIP our good friend Vittorio Di Mascio (Mr Rossi) It’s with a heavy heart I’m the bearer of sad news he saddly past away last night. RIP Vittorio you will be missed.

“Sending much love to the Rossi family. End of an era, night god bless Rossi.”

Sophie Louise wrote: “Sweet dreams Vittorio. You’re with your wife and son, together again at last. Thank you so much for keeping us happy, summer after summer.”

Jackie Fretwell wrote: “Rest in peace Vittorio, you put big smiles on faces young and old, what an amazing man, gonna miss our little chats, your smiling face, the sound of the van coming up the hill and all the kids running to get in the queue.. there’s only one Rossi, you were the best.. Back in the arms of your loving wife and son.”

“I remember him well coming to Cambridge Gardens in Bramley in the 70’s. RIP.”

Pudsey councillor Dawn Seary added: “Thoughts and prayers are with the Di Mascio family mourning the loss of Vittorio, who sadly passed away. Young and old remember him fondly serving ice cream in #pudsey always smiling, always patient and kind. He touched so many lives in our community and was well loved. RIP Mr Rossi.”