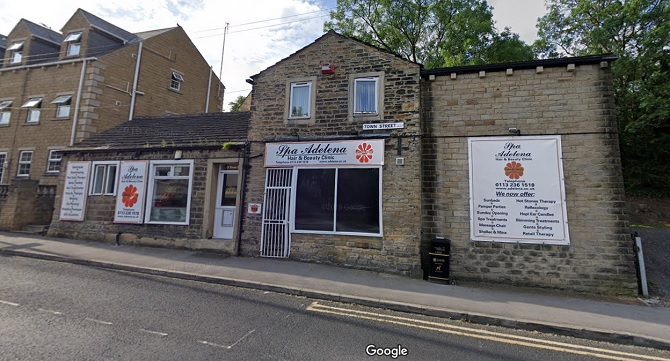 Police were called to the incident at Spa Adelena, in Town Street at 3.53pm yesterday (Tuesday).

Three staff members, aged between 19 and 20, were working in the Spa Adelena Salon on Town Street when the incident happened

A man armed with a knife had threatened staff and demanded money from the till and from staff handbags.

He took cash from one member of staff and left the premises and headed along Bagley Lane.

He was white and aged about 50. He had his face partially covered but was said to have dark stubble and a greying fringe.

He was wearing a dark-coloured lightweight raincoat and black jeans.

Witnesses or anyone who has any information can contact police via 101 quoting crime reference 13200100444 or live chat. Alternatively, contact Crimestoppers on 0800 555 111.