Revealed: Six sites in Farsley where speed devices will be installed 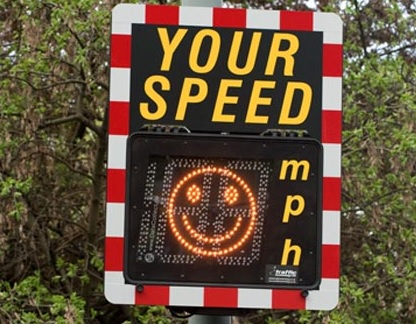 Six speed indication devices will be installed in a bid to discourage speeding motorists through Farsley.

SIDs are a luminous sign which displays and records the speed of each vehicle that passes. They are designed to encourage drivers to reduce their speed and help to protect road users and pedestrians.

They can be used in various speed limits in both urban and rural areas. They do not record speeding offences but may be used to inform additional casualty reduction measures such as speed enforcement.

Two devices will be placed on Old Road, two on New Street and two on Town Street.

The two Councillors have informed the committee that if funds became available there were also other locations around the ward where these devices, designed to reduce speed, could be sited.

After highlighting the lack of youth provision in Calverley and Farsley the committee, which met at Pudsey Civic Hall, also secured a ringfenced budget to commission youth clubs to serve the Calverley, Farsley and Rodley areas.

“This is something which has been hard to find providers to support but with a budget set aside we can now work with local groups to commission something specifically for the area, and would welcome ideas from across the community as to what’s needed, or groups and venues looking to help.”