Pudsey MP Stuart Andrew is to meet with police following a spate of problems with anti-social behaviour in Pudsey.

A number of recent incidents have been highlighted in and around Pudsey town centre recently. These include flowers planted by Pudsey in Bloom volunteers being pulled out in Pudsey Park, theft from vans and bins being burned out in the middle of Queen’s Park, amongst others.

The problems have been met with anger by residents on social media, with some calling for more CCTV to be installed and a greater police presence in the town. 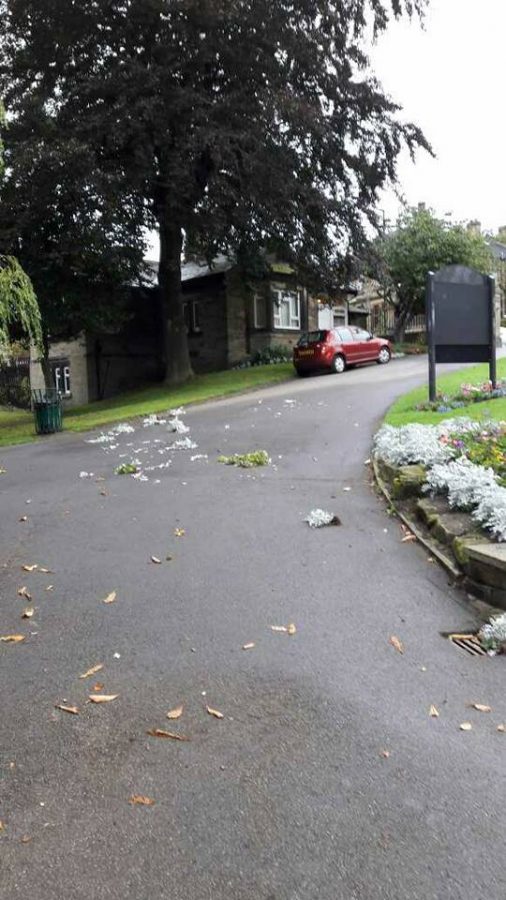 In a statement on his Facebook page, Mr Andrew said:

“[I] have received a number of complaints about anti social behaviour in Pudsey. Am currently trying to arrange a meeting with local police to discuss this and what action is being taken.”

The latest act of vandalism saw a ‘Pudsey treacle mine’ display at the side of the library damaged.

One local resident said of the latest spate of vandalism on Facebook:

“Braindead morons, just like the ones who drove up Church Lane last evening, at 9.45pm,shouting obscenities at pedestrians.”

“Perhaps you could also look at provision of youth services in Pudsey, give our young people something better to do.”

The Dispatch reported in June how yobs had tried to destroy a Pudsey in Bloom planter in Lidget Hill, only for passers by to rally round and replant it.