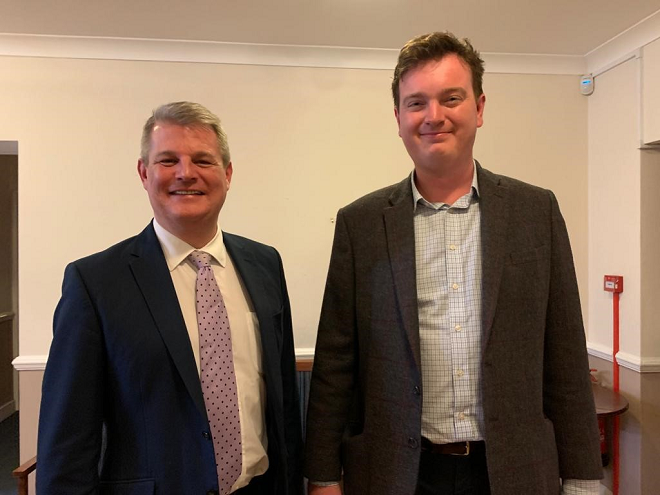 Mr Harris succeeds Jason Aldiss, who last July resigned from the party, saying Boris Johnson ‘was not fit to be Party Leader and UK Prime Minister’.

Mr Harris becomes one of the youngest chairs of a Conservative Constituency Association at the age of 27.

The chair is the link between the sitting MP, Stuart Andrew, and his association and also to ensures the association provides strong support to its MP and functions effectively in local and general election campaigns. The position is usually held by an elder statesman of the party.

Mr Harris, who moved to Leeds in August 2015, now lives in Horsforth where he is a town councillor. He is a tax accountant with one of the major accounting firms in Leeds.

“The younger members of the local association bring that little extra in terms of moving forward that we need as an association. The energy that Rob and the large number of young members in the association bring shows it is just not true that the Conservative Party does not appeal to young people in this country.”

“I am delighted and honoured to have been made Chairman of Pudsey Conservatives and look forward to working tirelessly to support our MP and to re-elect our City Councillors Pat Latty, Amanda Carter and Jonathon Taylor in May, along with Dawn Seary who is standing for the first time as our candidate in Pudsey.”