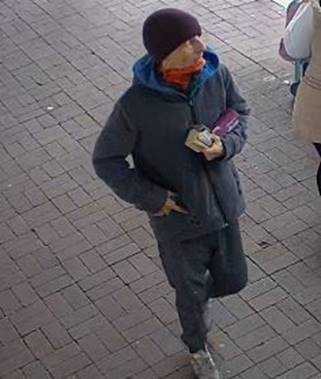 Police investigating a burglary in West Leeds have released CCTV images of a man and woman they want to identify after a stolen bank card was used.

The card was taken when a BMW 118i was stolen in a burglary at an address in Hawksworth Road overnight on November 4 and 5.

The card was used in a number of shops in the Bramley area on November 5.

Anyone who recognises either suspect or who has any information that could assist the investigation is asked to contact PC 1276 Parker at Leeds District Crime Team via 101 quoting crime reference 13210570432 or online via www.westyorkshire.police.uk/101livechat.

Information can be given anonymously to the independent charity Crimestoppers on 0800 555 111.