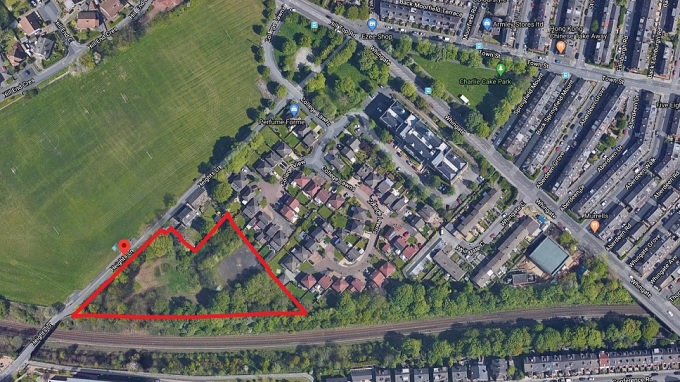 Plans for a dozen new local authority houses off Heights Lane in Armley have been submitted by Leeds City Council.

The 12 new houses would be built in an overgrown and unkept area and are part of a drive to increase the amount of housing stock available due to a city-wide shortage.

There are currently 30,000 applicants on the city-wide Housing Register for Leeds, more than 5,000 with serious housing needs. The total council stock is approximately 54,000 and out of that only 2,800 properties became available to let last year.

The properties would be four-bedroomed to meet a shortfall of that type of housing in the Armley area.

Addressing local concerns about an increase in traffic in the area – raised at a consultation event in November – a design statement submitted with the latest plans concludes:

“…The additional traffic load represents one vehicle movement every five minutes at peak hours, which it described as having an ‘imperceptible’ effect on traffic fluctuations. All residents will have off road parking within the site so local parking not to be affected.”

The plans can be viewed in full and commented upon here.

The council is also hoping to build up to 50 new houses on the former TV Harrison Sports Ground in Oldfield Lane, Wortley, despite local opposition.

This week Leeds council rejected residents’ bid to list the site as an asset of community value.