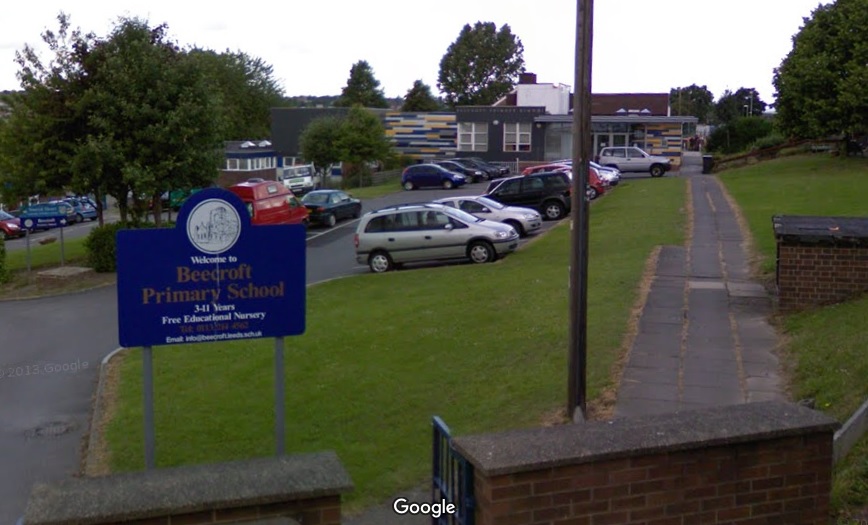 A pioneering pilot scheme to close streets to create a pedestrian and cyclist zone around a school in Burley will be scrapped, Kirkstall’s councillors have confirmed

A School Streets Scheme had closed Sandford Road, outside Beecroft Primary School, to traffic during school drop off and pick up times since September 2020. School Streets aim to reduce air pollution and keep children safe from traffic.

But councillors in Kirkstall have said that the scheme in this particular area ‘has not worked’ and is being withdrawn by the council over this week’s half-term holidays.

The Leeds City Council pilot scheme has been successfully rolled out at a number of schools across Leeds.

Posting on social media, Kirkstall councillors Hannah Bithell, John Illingworth and Fiona Venner said the scheme was being withdrawn on Sandford Road as it had displaced ‘bad parking’, by parents elsewhere:

“Residents of Sandford Road, Gilbert Close and Chase, Argie Avenue, Parkside and Eden Gardens and Mount will receive a letter in the next day or so to this effect, as will parents of Beecroft School. Unfortunately, the scheme has simply not worked.

“Much as it has improved the situation for residents on one side of the school site; it has not stopped parents driving to school, which is its intention. This is the only scheme in the city that has not worked and the only one being withdrawn.

“The scheme has simply displaced traffic from Sandford Road to Argie Avenue and Eden Gardens. The School Streets team and local councillors have received sometimes daily complaints from residents about dangerous and inconsiderate parking (particularly on Eden Gardens) and have witnessed this ourselves.

“Despite the police and traffic wardens being present on some days, a park and stride scheme where people can park at the Milford or New Burley Club and Beecroft school staff being out on the streets, this has not resolved the problem. Some parents have continued to drive to school and park badly on residential streets.”

Surveys of the pilot were completed by 10 residents, who were all opposed to the scheme.

While it was supported by 75% of Beecroft parents who completed the survey, the scheme had never been supported by Sacred Heart School, which shares the site. Councillors added:

“Without local community support, we cannot make the Traffic Regulation Order permanent and we cannot continue he current situation were Eden Gardens – a small cul-de-sac with a number of elderly residents – are unable to get in or out of their street.

“Removal of the School Street obviously does not solve the problem, but will displace the traffic more equitably between both sides of the school site. Beecroft will continue to promote Milford Park and Stride and will continue to encourage their parents not to park irresponsibly.

“We will also ask the police and traffic enforcement to visit, though they can only do this irregularly. We recognise that parking is an issue around all school sites and are committed to working with the local community to try to find solutions. Please contact fiona.venner@leeds.gov.uk if you have suggestions that could mitigate this problem going forward.”

Beecroft Primary School and Hollybush Primary School, Bramley were among a raft of eight schools across the city to take part in the School Streets pilot scheme last September.

At the time, Pudsey Primrose Primary School’s Head of School, Kathryn Dickson, welcomed the successful pilot scheme at her school. She said:

“The School Street scheme will open up the space outside our school to everyone.

“Our families will also be delighted that they can finally walk, scoot and cycle safely, often with pushchairs and young children, without the constant risk to safety and health caused by congestion and gridlock, parking on pavements, on zig-zag lines and idling.

“Our children have campaigned for safer, healthier school streets for so long, and they will finally be able to see what that looks like. It will create a safety ring around our whole school community, and we will all soon wonder how it could ever have been otherwise.”