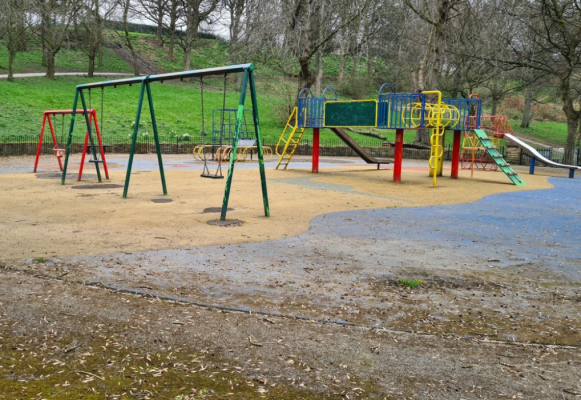 Almost 700 people have signed a petition to renovate the run-down playground at Western Flatts Park playground – just three days after it was launched.

The petition has been started by Lucy Williams, who is concerned about the deteriorating condition of the small children’s play area. She said:

“Currently, this play area is not fit for purpose. It was installed over 20 years ago and has deteriorated, been streamlined, and has been outgrown by the needs of the local community. The age and disrepair of some of the equipment also raise safety concerns for the children.

“Please sign this petition to back a formal request urging the council to allocate funding to this local play area so that all of our children can enjoy a well maintained and suitable playground.”

The petition has proven popular since it was launched earlier this week, with dozens of comments from concerned local parents.

“Sorry but not a very nice place to take grandchildren to. Covered in moss which is slippy and dangerous! Once again Wortley has been forgotten!”

“The kids’ park is embarrassing. It’s not looked after and is tatty. Our children deserve much better local park facilities.”

Another mum described the condition of park as ‘disgraceful’ and said she’s stopped taking her children there as the equipment was ‘dangerous’.

“Leeds council are building on the the nearby TV Harrison ground, stating western flatts and Wortley Rex give adequate provisions, but we are having to sign a petition to get these up to a useable standard for the little ones.”

The petition can be signed here.