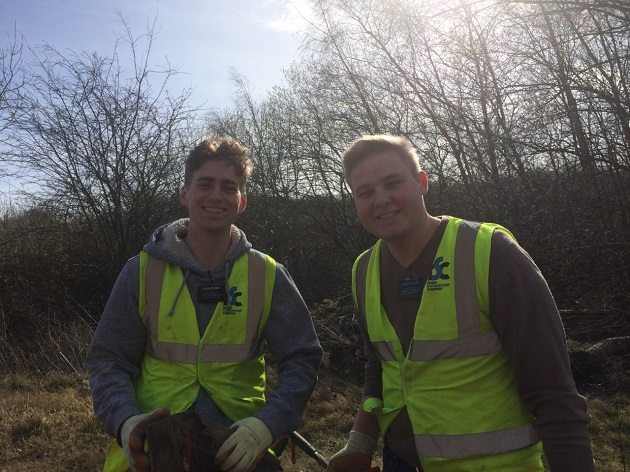 Residents of Newlay and further afield came together for a riverbank clean up and litter pick on Friday, organised by the River Stewardship Company, writes Jill Buckley.

The River Aire is still in a bad state following the Boxing Day floods in 2015 and work is still needed to clean up the banks of the river and remove debris which would otherwise prevent the river from running smoothly. Flood warnings were in place again in Kirkstall due to the heavy weekend rain. 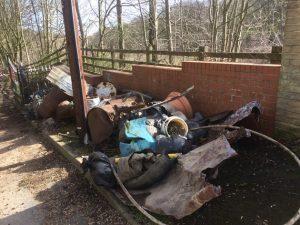 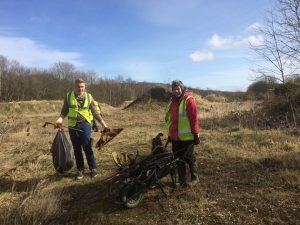 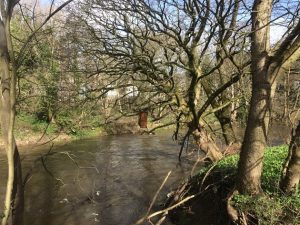 Most of the volunteers were from the local area whilst some were from elsewhere, keen to help out having attended previous events. 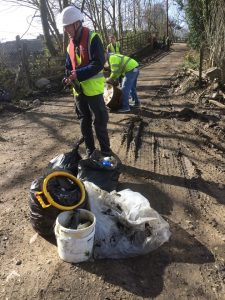 Members of The Church of Jesus Christ of Latter Day Saints from their place of worship on Vesper Road in Kirkstall were among those helping out and representatives of other local residents’ groups, Newlay and Whitecote Residents Association and Newlay Conservation Society were also present.

From across the river Horsforth groups were also represented with members of Horsforth Civic Society, Horsforth in Bloom and the Cragg Hill and Woodside Residents Group all helping the effort.

Friday’s volunteer day was part of a project which began in June last year organised by the RSC, Groundwork and Kirkstall Road-based Open Source Arts, with weekly volunteer days every Friday at a different location along the 15-mile stretch of the river between Apperley Bridge and Thwaites Mill.

The RSC are contracted by Leeds City Council to organise the events as part of the river maintenance aspect of the Leeds Flood Alleviation Scheme.

Despite the river level being high, preventing volunteers from accessing certain areas closest to the river, a huge amount of litter and debris was recovered.

A bench which has been stuck on the branches of a tree since the 2015 floods unfortunately remains unreachable, perhaps serving as a lasting reminder of how badly the area was affected over that festive period.

There was a very positive responsive on facebook to the efforts of the volunteers. Facebook user Peter Mallot remarked on the Horsforth Litter Pickers’ facebook page how much had been done in just three hours:

“The power and influence of community – well done everyone.”

Find out more about the work of the Riverside Stewardship Company and its work with the Leeds Flood Alleviation Scheme here.

To get involved in future litter picks on the river Aire, contact Sarah Emberson on 0776 6352932.