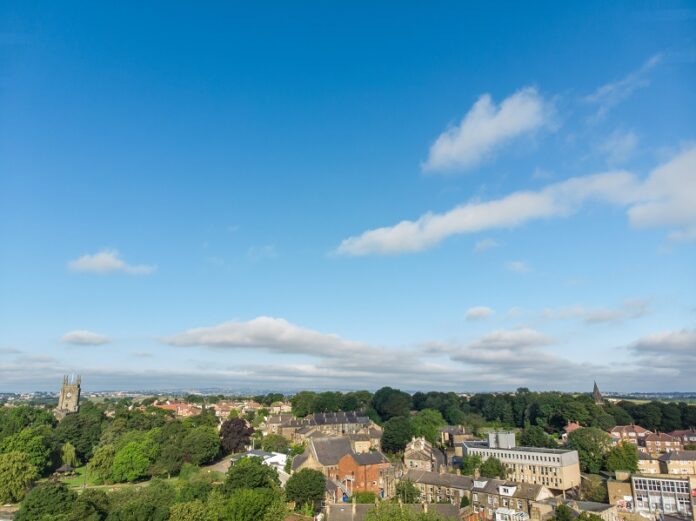 A new study has crowned Pudsey as one of the top up-and-coming property hotspots in the whole of the UK – and the biggest hotspot in Yorkshire.

Ranking above anywhere in London or the South East, the historic textile town ranked as the 14th most up-and-coming property hotspot in the UK.

This follows analysis of more than 600 locations based on defining factors such as house price increases, quality of schools and increases in people searching for a move to the area.

The in-depth study, commissioned by newly launched property portal Boomin, was topped by Gower in Wales – while the rest of the top 20 was largely dominated by other Welsh locations and the North West, making Pudsey’s 14th place even more of a success.

Where Yorkshire and the Humber is concerned, the top five most up-and-coming property hotspots in the area were revealed to be:

“Ranking number one in Yorkshire is Pudsey, a place you might want to live simply for the name, it’s a real hit with families, having a number of well-regarded schools in the area. This is likely to be one of the key factors in why Pudsey has seen a 96% increase in people searching for a move here over the past 12 months.

“A move here will see you joining a community proud of its old school pubs, nature reserves and local events, such as Pudsey Carnival.

“Taking into account everything from proximity to schools and crime rates, to how many restaurant options there are in the area, has allowed us to shine a light on the places people might not have been considering, but could be just what they’re looking for.”

A similar study by Rightmove earlier this year saw Pudsey was named as a UK property hotspot after ranking joint fourth with nearby Keighley in a top ten list.

Property prices in Pudsey have soared by 11 per cent across the last year and average prices have risen to £225,530.

In March, Farsley was named as an “up-and-coming creative neighbourhood” in the annual Sunday Times Best Places to Live 2021 guide.