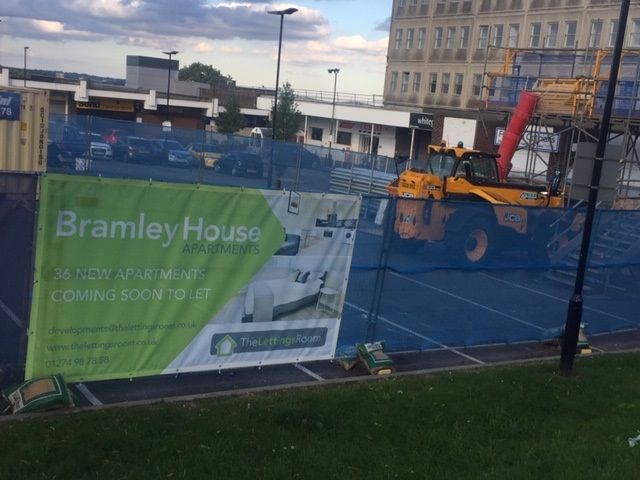 Work is under way to transform an empty office block above Bramley District Shopping Centre into flats.

Developers are working to turn the first, second and third floors of the landmark Viewpoint office block – also known as Bramley House – into 36 flats, with 19 parking spaces.

Workmen are currently on site, with a view to having the flats ready for next year.

The development is called ‘Bramley House’ and apartments will be available to let via The Lettings Room website.

Most of the units are one bedroom flats or studio apartments.

Parking spaces would be in the existing shopping centre car park.