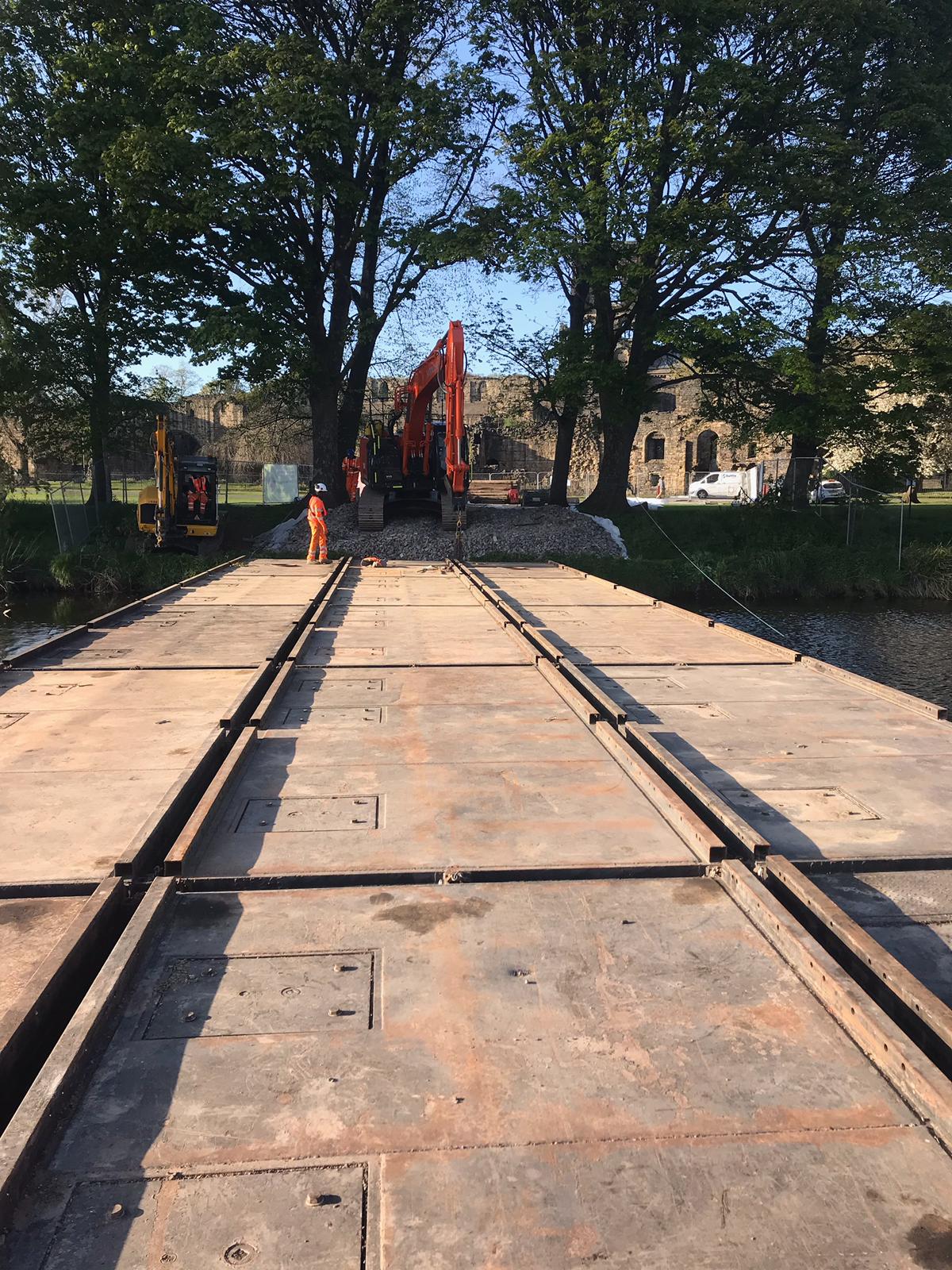 New photographs released today have shown how work has been progressing on installing a new fish pass on the River Aire near Kirkstall Abbey.

The images show progress on installing the pass at Kirkstall weir, with the building of a pontoon bridge across the river and a cofferdam.

The Kirkstall work is being done in parallel with the construction of a fish pass at Saltaire weir, which began earlier this year. It’s part of the Developing the Natural Aire (DNAire) project will see fish passes installed at the last four major obstructions blocking access up the river to the Dales.

The final two obstacles – Armley and Newlay weirs – will be made passable to fish later this year, with this part of the project expected to be complete by the end of the year.

Once complete it will allow passage for salmon up to spawning habitat in the upper Aire and its tributaries for the first time in more than 150 years.

“As well as the re-opening the River Aire to fish migration, this project is an amazing opportunity to engage people with the river and reconnect them with its fascinating stories and the life within it.

“The river’s heritage needs a sustainable future at the heart of communities and there is an opportunity to empower local people to take ownership and action to help care for this shared heritage into the future.”

The River Aire is one of the longest rivers in Yorkshire, starting at Malham Tarn and flowing to meet the River Ouse, near the Humber estuary.