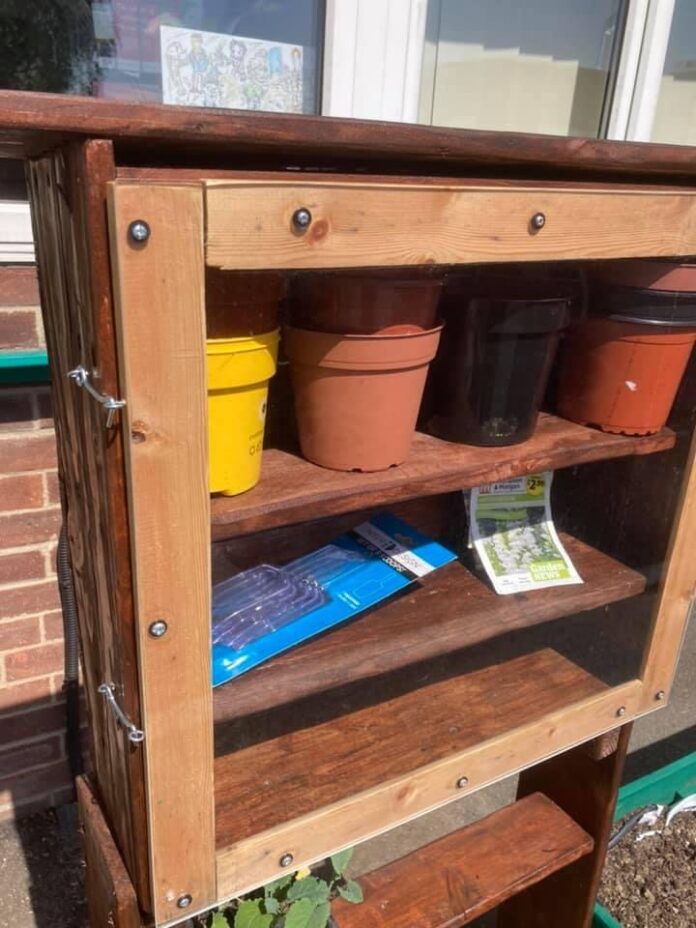 A new community seed library made entirely by volunteers has opened in Bramley.

The library aims to encourage people to swap seeds and grow their own produce and is based outside Bramley Community Centre.

Julie Botham is one of the people who runs the existing Bramley Grows group, which encourages people to grown their own produce in Bramley. She was behind the idea of the seed bank. Speaking at the recent online meeting of the Barley Community Society, Julie said:

“The idea is to share seeds and encourage more people to start growing, sharing plants and skills.

“This is very much a Bramley thing for Bramley folk. Let’s get as many people as we can growing their own produce. Allotments aren’t for everybody as they are labour intensive and the big advantage is that most things can be grown in pots.

“People can look in the seed bank and add their own contributions and take things iut – it’s free.

Julie is one of the founders of Creative Communities CIC – whose projects include Bramley Seed Exchange, Bramley Grows and Sassy Divas Leeds.

“On behalf of the Bramley Care Bears, we would like to say a huge thank you to our Woodworking Session volunteers, Julie Botham and the team at Creative Communities CIC and – last but not least – to Leann, Simon Price and all at the Bramley Community Centre. The excellent teamwork involved in the making of the Seed Library is very heartwarming.”