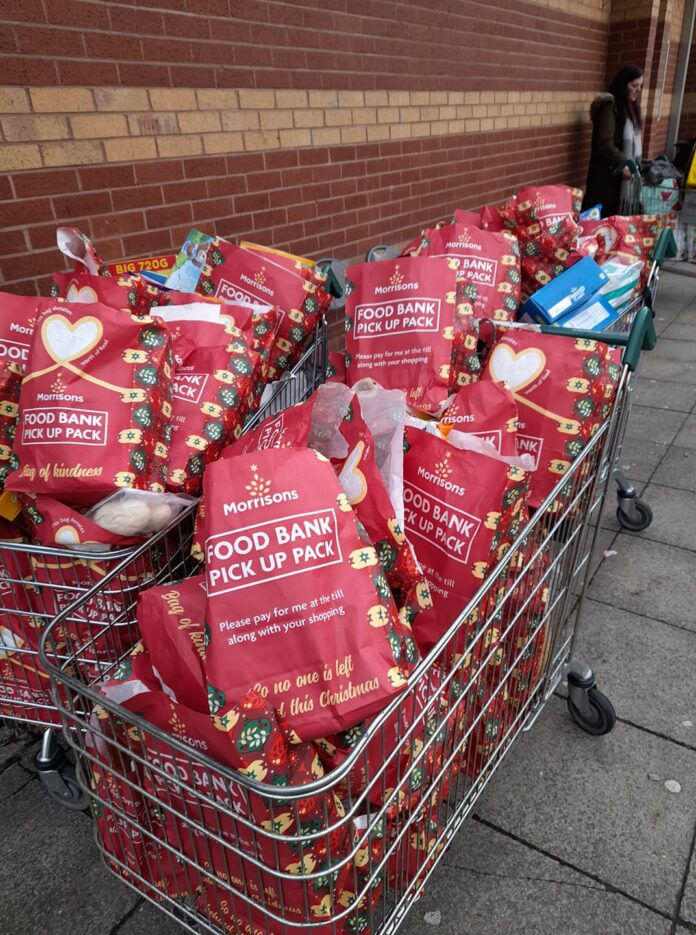 Morrisons has donated millions of pounds to help hungry families during this pandemic – but behind the big figures are community champions doing vital work in our area.

While Alicia Nash, the former community champion for the Swinnow Road Morrisons store, has moved away, she has left a great legacy and built a solid platform for her successor to help causes that matter.

Alicia was involved with everything from running raffles featuring prizes gifted by local businesses to raise money for the children’s cancer charity CLIC Sargent, to delivering food donated to food banks like Leeds West Academy.

Last year, West Leeds Dispatch covered a competition for best-dressed Hallowe’en house in Swinnow, hosted by Swinnow Community Centre, with a £30 voucher as a prize donated by Morrisons – a great example of big business working with a local group.

“Thank You to all at Morrison’s Swinnow and Alicia, the community champion, for the fantastic donation of tinned food and snack for us,” Swinnow Community Centre wrote on their Facebook wall.

“Massive thank you to Morrisons for donating some extra cleaning supplies and supporting a local community gymnastics club,” Gymnastic Elite in Bramley wrote on their Facebook wall.

Jessica Longhorn recently succeeded Alicia at Morrisons’ Swinnow Road store and has big plans ahead to help the community.

“I am doing an event for Valentine’s Day and pancake day where people can guess how many hearts are in the jar, and what the name of a teddy is and children can design their own pancake!” Jess told West Leeds Dispatch.

Kirkstall Morrisons also has a community champion doing great work in West Leeds, from teaming up with other colleagues to donating selection boxes and different gifts for patients and staff at the CLIC Sargent ward at LGI to supplying free cleaning supplies which supported a local community gymnastics club.

If you’re a local charity and want to work with community champions then reach out to your local store.