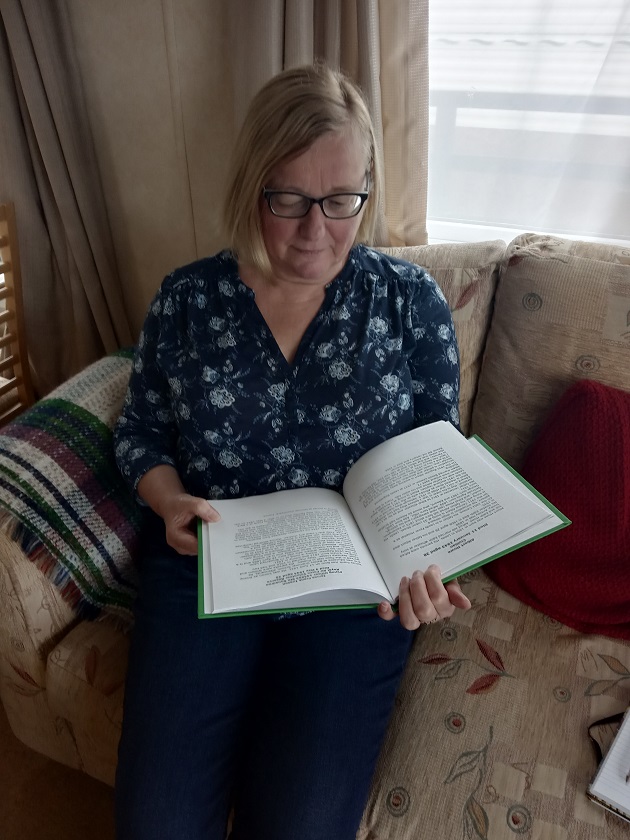 A book commemorating Farnley’s fallen during the Second World War has been published, writes Helen Fay.

Sharon Knott, 55, of Green Lane in Farnley is the author of the book, ‘Farnley War Memorial – World War 2 Book of Remembrance’, which is the follow-up to her previous title which chronicled the stories of the 66 local men who died during the First World War.

The latest book features full-page profiles of the 26 Farnley men who died during the Second World War.

Sharon first became involved in a project to restore the Farnley war memorial in 2014, via a Facebook group of which she was a member.

An experienced fundraiser, Sharon applied to Community First for a grant on behalf of the group.

The group was awarded £2,300 but it would take £8,000-£10,000 to fully restore the memorial.  She then approached local ward councillor Ann Blackburn and also Farnley Hall, the guardians of the memorial.

In January 2015, the group were successful in securing the full amount required and the memorial was restored in March of the same year.

It was when Sharon visited the restored memorial, she noticed three of the men had unusual names and they were all just 23 when they died – the same age as her own son.  Sharon said:

“I want somebody to know their story.  I don’t want them to be forgotten.”

Using her experience as a genealogist, Sharon then embarked on 10 months of painstaking research on the 66 men who had died during the First World War, which resulted in the publication of her first book ‘Farnley War Memorial – Book of Remembrance’ in November 2015.

The group went on to work with Lawns Park Primary School where an event was held attended by the press and relatives of some of the men commemorated on the memorial.

After this, the group disbanded and “we’d done what we wanted to achieve so I kind of parked the project” said Sharon.

In January 2019, with the 80th anniversary of World War 2 looming, Sharon  took up the reins again and began researching the stories of the 26 Farnley men who died during this conflict.

This time around she found there was a lot more information available and some descendants of the men provided their own research to Sharon.

“What I wanted to do, like in the first book, was ensure every man had a page, so no man was less equal than another.”

The resulting book was published by Blurb in July 2019 and is available in both hardback and PDF format, alongside Sharon’s first book. To order a copy of either of the books, see the link below.

Sharon’s next project is a more personal one, researching her grandfather’s service history in India and Burma during World War 2.

The book is available to buy here.