Back in the 1840s this field on Oldfield Lane in Wortley was shown on the maps as a Brick Field with a well, writes Mark Stevenson.

By 1857 The Squirts – the nickname for the Wortley Oldfield Lane Cricket Club – were using the field to play cricket and did so for the next 20 years or so until it is said the landlord threatened to kick them off with a week’s notice. 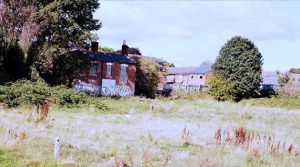 It was then used as a football and rugby ground with the Yorkshire Cup been played there.

In 1931 Oldfield Lane was bought and paid for by public subscription for the children of the area. 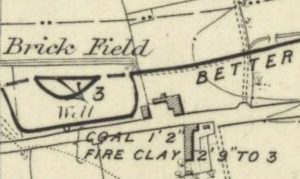 TV Harrison, who the ground is now named after, was head at Hunslet Lane and Christ Church junior schools, he was the main instigator for the purchase of the field but he died before the field was bought.

A campaign to raise money was run in the Yorkshire Evening Post and raised £1,200.

As a football ground, it is said that it was second only to Elland Road in Leeds. Wortley’s Wembley was the starting place for many a Leeds United player with the likes of David Batty, John Charles, Paul Reaney and Paul Madeley playing there for Leeds City Boys.

The ground, which has been unused for the past 14 years, has fallen derelict and is now earmarked for local authority housing. It is the subject of a residents’ campaign to stop the housing and restore it to its former glory.

Read about West Leeds Dispatch‘s coverage of the issue here.