Mark’s History: When Rodley’s sandwich shop was a greengrocers 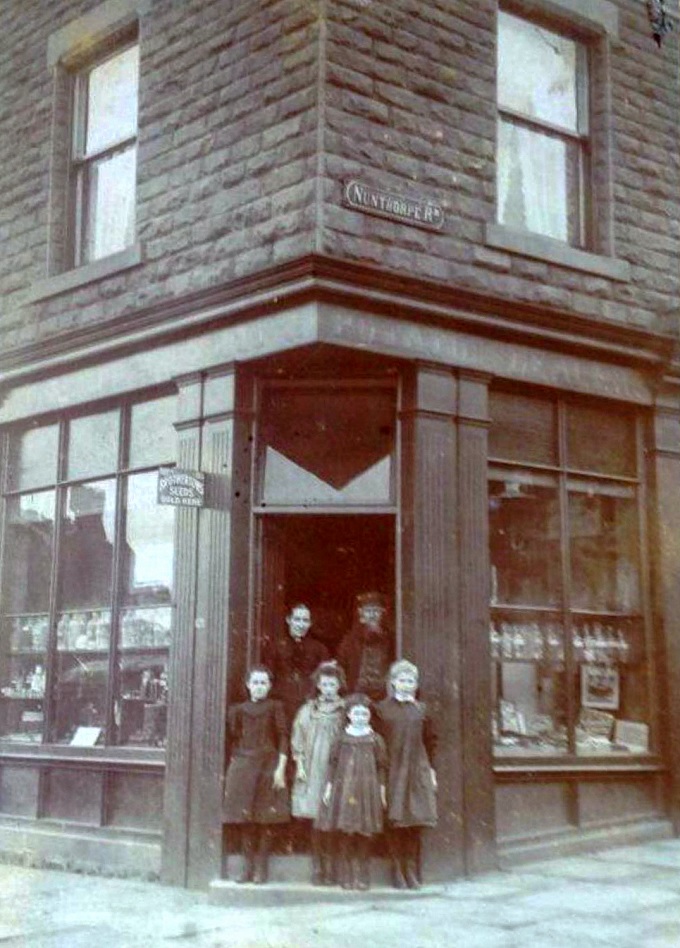 I will get this out of the way first: this post is not a free advert for the best sandwich shop on Rodley Town Street and the owner is in no way paying me for it (although I wouldn’t say ‘no’ to one of those cheesecakes she has been doing!), writes Mark Stevenson & Philip Hardaker.

But the sandwich shop is where all this started. There is a picture in the shop showing how it looked over a hundred years ago.

Unlike Sutcliffe’s shop in Farsley, which has been family run since 1900, this shop has had various owners.

I wrote a post saying who ran the shop in 1911 on the Rodley Facebook page and it was then that Philip Hardaker got in touch with me.

All the info and pics that follow are from Philip. And seeing as I have just  plugged two local businesses I will plug the website that Philip contributes to, www.gracesguide.co.uk. It is my go-to website for the industrial history of West Leeds or Leeds in general.

So the shop now is called Tastebuds and, as I said, it’s a sandwich shop but back in 1911 it was a greengrocer and confectioner run by Margaret Ann Hudson, along with her daughter Lily.

Back in Victorian times it was not unknown for a street to have been built by different people and built in such a way as to best benefit the builders’ bank account.

Thomas Hudson, from Horsforth, bought the plot of land that the shop and numbers 1, 3 and 5 Nunthorpe Road are built on. Planning permission was given in 1892.

Rodley at the time must have been one big building site. Nothing much remains of the old Hamlet of Rodley once the canal had arrived.

It was all downhill from there – or up, depending on your point of view. So Thomas did not hang about and by 1893 his buildings were built.

It is thought the land and the construction of the shop, houses and barn (somewhere for the shopkeeper to park his horse and cart) came to a total cost of £1,000.

Strangely Thomas spells his daughter name as ‘Lilie’ but the census has it spelt as Lily.

My thanks to Philip for all his help with this supplying the info and pics.