Mark’s History: The story of the New Wortley conscientious objector 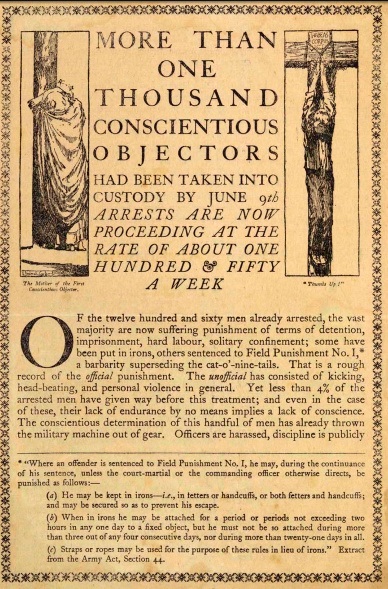 Imagine a government that went to war to fight for freedom but then passed a law forcing its citizens to go fight in that war whether they agreed with it or not, writes Mark Stevenson.

Then imagine that same government forcing its citizens to leave the country so it could arrest and kill any of its citizens who refused to fight in the war. An act public opinion would not allow at home.

This is what happened to Clifford Cartwright and 15 others in 1916. By the winter of 1915 volunteers for the Army were few in number so in January 1916 Parliament introduced conscription.

The Military Service Act 1916 provided that in Great Britain single men aged between eighteen and forty-one were liable to call-up for war service in the Army; an amending Act later in 1916 included married men, and another in 1918 extended the upper age limit to 51.

Clifford lived at 43 Eighteenth Avenue, New Wortley and he worked as a stereotyper (maker of printing plates from moulded type).

He was a member of the religious group known as Churches of Christ many of its members opposed the War and conscription. Clifford had been exempted from combatant service but he would still have to join the Non-Combatant Corps which was still part of the Army.

Clifford ignored his call up notice and was arrested in April of 1916 he was but in front of the Magistrate who fined him and handed him over to the military.

He was sent to Richmond Castle where he disobeyed orders and ended up sharing cells with 15 other soldiers of the Non-Combatant Corps who had done the same thing.

They became known as the Richmond 16, half of whom were from Leeds. All were court martialed numerous times.

The Army, after promising not to send the 16 Conscientious objectors plus many more to France, smuggled them out of the country to France.

In France they all refused to obey orders but this time because they were now in a war zone they could be sentenced to death. This did not go down well back in England and the sentence was changed to 10 years hard labour.

By August of 1916 Clifford was in Wormwood Scrubs Prison, he appeared before the Central Tribunal, sitting at the prison, where he was found to be a “genuine” CO, after all, and offered a place on the Home Office Scheme. He accepted, and on 31 August was transferred to Army tents at Dyce, Aberdeen, quarrying rock for road making.

When the camp closed in October, after the scandal of the death of a CO, Clifford moved on to a camp at Ballachulish, Scottish Highlands, making a road, and then to Wakefield Workcentre before final discharge in April 1919, when the Home Office Scheme was wound up, and all work centres closed.

Between May 1916 and the armistice in November 1918 some 20,000 men, for a variety of reasons, refused to be conscripted into the British army.

Many felt that it was wrong to kill under any circumstance and that war was not the solution to any problem. In the Second World War over 60,000 men refused to fight.