Mark’s History: The old buildings and ford along a walk in the Kirkstall Valley 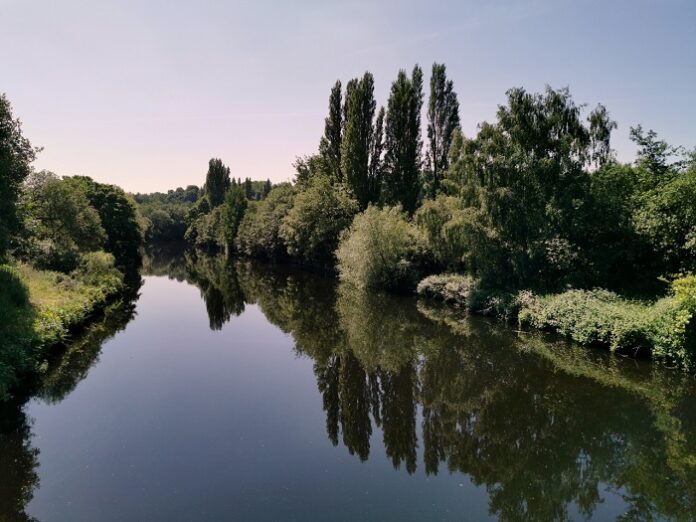 I would not say this walk is unspoilt but I would grab it whilst you can, writes Mark Stevenson.

It was reported by WLD a development of approximately 160 apartments has been proposed for the old Jump Arena site, which is along Redcote Lane where this walk starts.

Redcote Lane is just off Kirkstall Road, near where the Asda is. According to Leodis:

“It is thought that the name ‘Redcote’ derives from Rigg Cote which is mentioned on old maps of the area. In Armley Old Chapel there is a memorial dating from 1673 to a John Moore of Redgecote. Other memorials refer to it as Redcoat.”

As you walk up Redcote Lane (1) you will notice a wall on the right-hand side that is possibly part of the old Boot Factory that was there in the early 1900’s or the Maintenance Depot belonging to the Ministry of Works that occupied the site in the 1950’s.

As you walk further up the lane you will come to the old toll bridge (2) that was built for Benjamin Gott. Two lodges once stood either side of the bridge.

If you look carefully you can see what looks like two metal ‘stumps’ on the ground just as you walk onto the bridge.

Could these ‘stumps’ have something to do with the Toll Bar that would only have been lifted once you had paid to cross?

The bridge is well worth a look under and the footpath (3) you see going off along the river is also worth a walk.

The path leads to the canal towpath but a fence bars your way when you reach it so you will have to come back on yourself.

Once you have crossed the bridge or come back from your detour you carry on walking until you come to some railway bridges. Look to your right as you near these bridges and you will see the entrance to the Kirkstall Nature Reserve (4).

The reserve is on the site of the former Kirkstall Power Station and is made up of fly ash deposits and landfill.

The site was capped in the 1990s. In medieval times it was a place where orchards grew.

There is a circular path that will take you all the way around the reserve and back to the entrance.

If you get tempted and fancy a walk along the river you will find another ‘pebble beach’ (5) along with a weir (6) that dates back to the early 1800’s and is Grade ll listed.

If you walk along the river bank you will notice a large memorial stone (7) in the middle of the path.

This has always been a puzzle to me as the area has never had buildings that would warrant such a stone.

As you follow the path you will come to an old ford (8) which also dates back to the early 1800’s and is also Grade ll listed.

The island opposite (9) the ford is like a reserve within a reserve. It is, however, closed off to the public because of ground nesting birds, some of which are rare. It also provides a refuge for the wildlife in the area.