Lieut Sydney Arthur Slater was born in 1872 and spent part of his life at Ashville in Farsley (now the car park of Go Outdoors), writes Mark Stevenson.

In 1900 he volunteered to fight the Boer (Dutch Settlers) in South Africa. There is a memorial to him in St John’s Church in Farsley.

I have read two versions as to how he got his DSO. 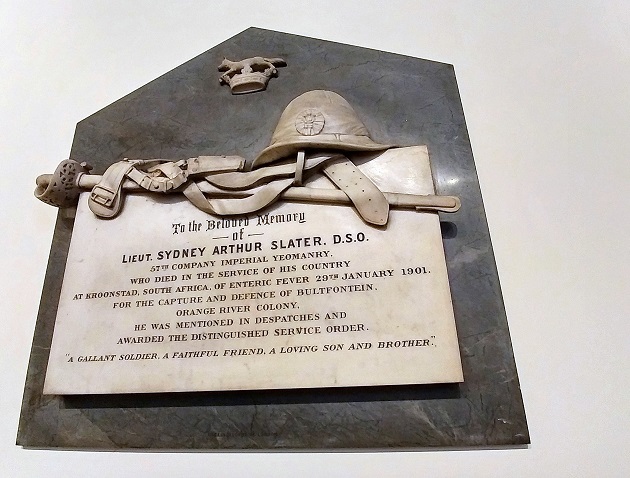 The army’s inability to protect its own men from disease also crossed over into the Concentration Camps (there was a camp at Kroonstad where Slater died) set up to deprive the Boer of civilian help.