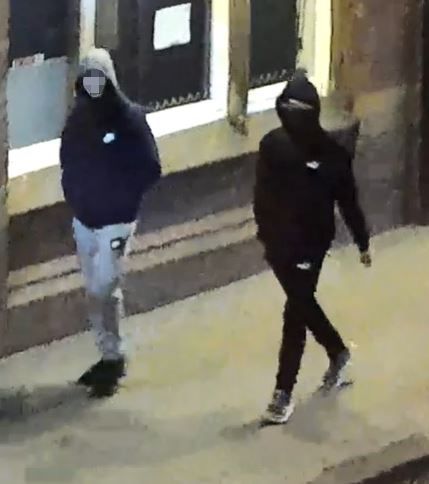 A man has been left seriously injured following a violent attempted street robbery in Armley.

The victim, a 44-year-old man, was treated in hospital for a broken eye socket and facial injuries after he had been attacked after drawing out cash from an ATM in Town Street, shortly after midnight on Friday, February 22.

The victim became aware he was being followed by the suspects as he walked along Carr Crofts, towards Tong Road.

They approached him in Whingate Road and asked him for a cigarette before threatening him, saying they had knives, and demanding cash.

The victim managed to run off but the men caught up with him in nearby Albany Terrace and subjected him to a prolonged violent attack during which he was punched and kicked repeatedly and threatened with knives. His attackers then ran off empty handed.

“This was an appallingly violent attack on the victim and we have been carrying out extensive enquiries to identify the people responsible.

“We have arrested a 20-year-old man in connection with the incident and he has been released under investigation while our enquiries continue.

“We have released an image of the suspects showing the clothing they were wearing and we are keen to hear from anyone who saw them in the area, particularly at any point between Town Street and where the attack took place.”

Anyone with information is asked to contact Leeds District Crime Team via 101 quoting 13190096426 or call the independent charity Crimestoppers anonymously on 0800 555 111.

The face of the suspect shown on the left has been obscured due to the arrest in connection with this incident.