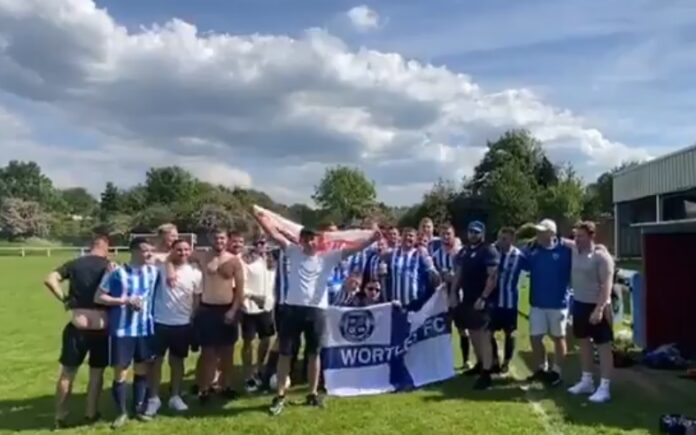 Leeds United midfielder Kalvin Phillips may be the first Elland Road player in 19 years to represent England, but that hasn’t stopped the Armley lad from remembering his roots.

Phillips, who was spotted by Leeds scouts while playing for Wortley FC aged 15, is due to pull on the white shirt of his country in this month’s delayed European Championships.

Wortley Reserves’ players, celebrating an undefeated season, yesterday sent Phillips a good luck message via Twitter ahead of the Euros.

“Good luck Kalvin, from all the Wortley lads,” was the message on the video, with the players then breaking into the popular ‘Yorkshire Pirlo’ chant sung at Elland Road.

Taking time out of his busy training schedule ahead of the Euros, Phillips replied to the players with three blue hearts:

Phillips learned his trade as a youngster at Wortley FC between 2003 and 2010 and has always acknowledged his roots.

In 2019 Phillips, who attended Whingate Primary and then Farnley Academy as a youngster, supported Wortley FC’s plans for a new pitch off Blue Hill Lane. In a letter supporting the planning application, 25-year-old Phillips thanked the club for its support as a young player and said it was ‘good to hear’ about the plans.

Last September Farnley Academy congratulated him on his England debut.