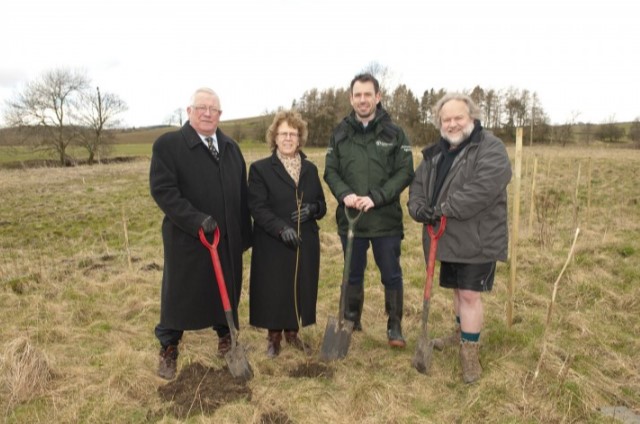 Plans to plant thousands of trees to reduce the flood risk along the River Aire – including Kirkstall, Burley and Armley – will be on show in Skipton this week.

A team from the Environment Agency, which is leading the pilot as part of the Leeds Flood Alleviation Scheme, will be at the event at Skipton Auction Mart on Wednesday 23 May.

They will meet local farmers and landowners to seek out potential new pilot sites to plant trees in a bid to reduce floods similar to the ones which flooded Kirkstall, Kirkstall Road and Armley Mills on Boxing Day 2015.

Working with natural processes to reduce flood risk, known as natural flood management, is an important part of managing and reducing flood risk in a sustainable way alongside more traditional engineering solutions.

This £500,000 pilot programme forms part of plans to plant hundreds of thousands of trees that will support second phase of the Leeds Flood Alleviation Scheme.

“The Environment Agency is committed to reducing flood risk and improving the environment for people and wildlife. The natural flood management pilot we are leading in the Aire catchment provides us with a fantastic opportunity to work with famers and landowners to secure potential sites to trial new techniques and develop future plans for the catchment.”

The pilot sites will enable the team to test a range of monitoring techniques and start to build and gather an evidence base to increase their understanding on the benefits of NFM in reducing flood risk.

Following the successful opening of the £50million first phase of the scheme serving the city centre, Holbeck and Woodlesford in October last year, phase two identifies measures further upstream including the Kirkstall corridor which was badly hit by the 2015 Christmas floods.

Phase two is taking a catchment wide approach to reducing flood risk to Leeds through the implementation of natural flood management measures, proposals to create new woodland areas could more than double the canopy coverage throughout the River Aire catchment.

Proposals also include a flood storage areas and the removal of existing obstructions along the river to improve capacity in the river.  Hard flood defences will also be used and will take the form of walls, embankments, landscaping and terracing.

An outline business case for phase 2 has been completed, which was submitted at the end of January 2018. Outline design for engineered options is being progressed, which will be followed by a tender process with an aim to awarding the construction contract award in autumn 2018.