Leeds Half Marathon moves away from Kirkstall to new Headingley route 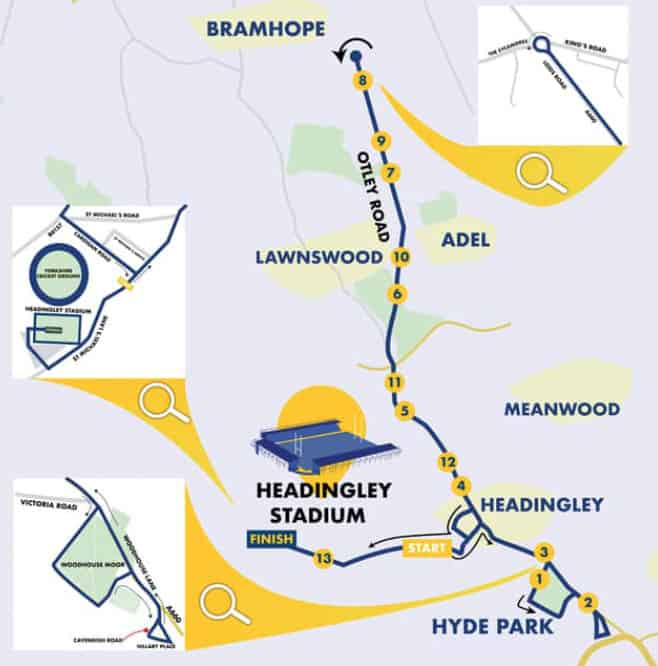 The popular Leeds half marathon will no longer start and finish in Leeds city centre, it has been revealed.

Traditionally starting and ending in the city centre and going up Kirkstall Road and past Kirkstall Abbey, it will now start and finish at Headingley Stadium to coincide with the inaugural Rob Burrow Leeds Marathon

The new route will take runners on a journey around Woodhouse Moor before travelling up through Headingley, Adel and into Bramhope before returning back to Headingley.

It will mark 20 years since Jane Tomlinson officially started the race in 2003.

Councillor Jonathan Pryor, Leeds City Council’s executive member for economy, culture and education, said: “The Leeds Half Marathon is a fantastic occasion and one that I know many, many people look forward to supporting each year.

“The council is proud to be involved with an event that promotes such a spirit of inclusivity while also doing incredible work for good causes, honouring and building upon the fundraising legacy of the late Jane Tomlinson.

“This year’s new route looks really exciting and I’m delighted that it will showcase so much of our city’s stunning countryside as well as the world-famous sporting landmark that is Headingley Stadium.”

Mike Tomlinson, CEO of Run For All, which organises the event, added: “We are delighted to see the return of the Leeds Half Marathon in our home city of Leeds. As a highlight in the region’s sporting calendar, we are delighted to be offering a brand-new and exciting route for participants to enjoy.”

Runners are encouraged to fundraise for their own charity of choice or one of the event’s partner charities. These include the Jane Tomlinson Appeal, Alzheimer’s Society, Yorkshire Cancer Research, Candlelighters, Macmillan Cancer Support, St George’s Crypt and Leeds Hospitals Charity.

Elsewhere, the first Rob Burrow Leeds Marathon will see over 10,000 participants take on a brand new route through Leeds that also starts and finishes at Headingley Stadium.

You can find out more about both events, including details about how to take part, by visiting the Run For All website.