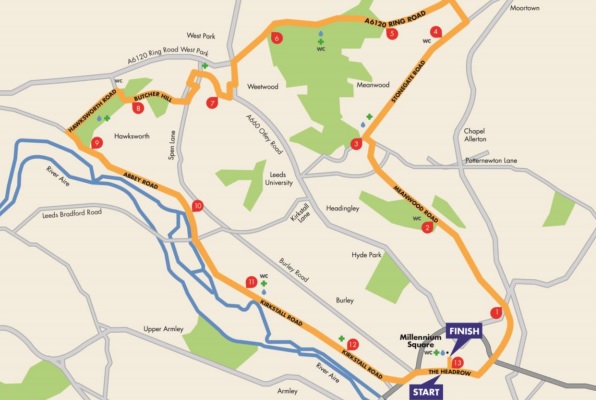 A number of road closures between Kirkstall and Leeds city centre have been announced for this weekend’s Leeds Half Marathon.

The race, which raises many tens of thousands of pounds for charity, gets under way at 9am on Sunday, May 13.

The route starts in The Headrow alongside Victoria Gardens, heads out of the city centre, takes in a section of the Ring Road and returns via Abbey Road and Kirkstall Road before finishing in Cookridge Street alongside Millennium Square.

Here’s a map of the route:

Road closures in West Leeds include the whole of:

Closures will run between 4am and 4pm as necessary. 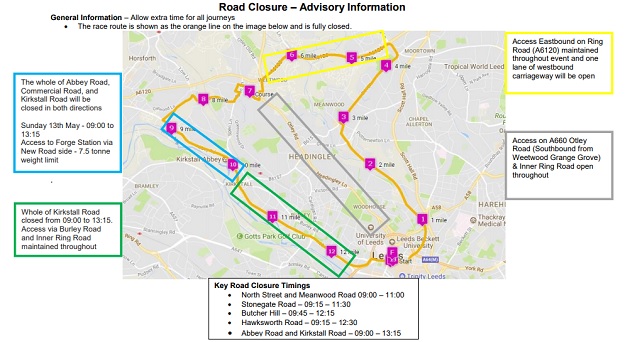