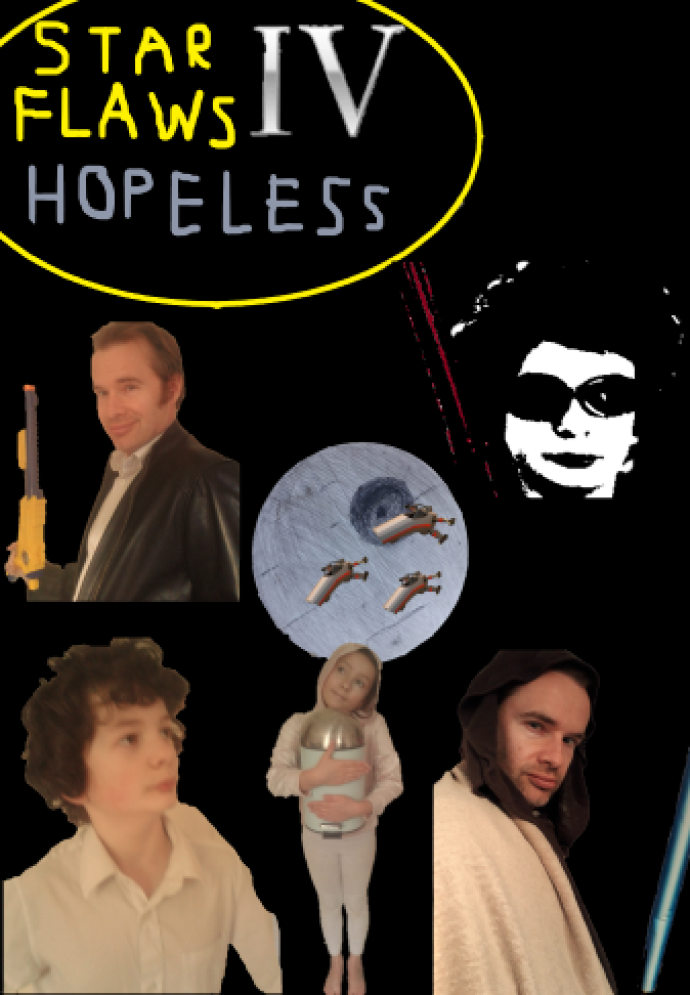 A Leeds family have marked May 4th – International Star Wars Day – by creating their own low-budget movie homage during lockdown,

Bob Buxton and his family are huge Star Wars fans – and came up with the idea of making their own parody version during lockdown, called Star Flaws.

This version may not have the star polling power of the likes of Harrison Ford or Daisy Ridley, but Bob appears with his children Daniel and Bethy.

Wife Claire took over from George Lucas behind the camera and appears occasionally. The dog’s name is Llama.

“Daniel and I first came up with idea while mucking around with a couple of inflatable lightsabers, left over from Bethy’s birthday party. Daniel already has his own YouTube channel, Death Perception, which features games such as Minecraft, and his expertise was crucial.

“Making it in lockdown wasn’t easy since the set is our house and garden, and we had to make our own costumes and props. Daniel and I also had to teach ourselves video editing. I hope our innovations and special effects allow the viewer to not notice that and simply enjoy a bit of fun.

“I’m so proud of Daniel and Bethy for their acting skills, they needed very little direction and simply threw themselves into the characters. Thanks also to my wife Claire for letting us destroy much of the house to make sets.”

“I’ve always loved the Star Wars films. As a kid, I collected the action figures and spaceships, and now use my children as an excuse to keep doing so.
Star Flaws is free for all to watch.

“If people wish to make a contribution to the NHS or any good charity to show their appreciation that’s great but there’s no obligation to do so, especially for those who’ve already given time, effort or money.

“I just want people to enjoy a light-hearted parody and tribute to one of the greatest films ever made. If we get lots of views, likes, subscribers and kind comments, we’ll make the sequel, Star Flaws: The Empire on Strike.”

Mr Buxton was the Yorkshire Party candidate in the Pudsey Constituency at the general elections in 2017 and 2019. The family lives in Rawdon.