Kirkstall Forge: Planning conditions to be debated by councillors 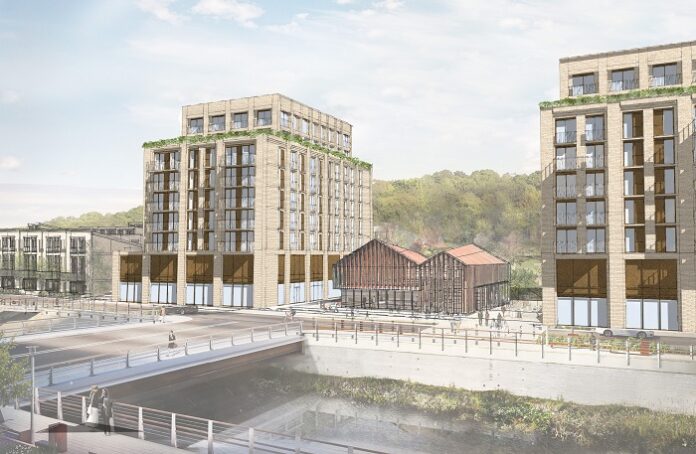 Councillors will this week decide whether to approve a change of conditions attached to previously approved housing and office plans at the multi-million pound Kirkstall Forge development.

Developer CEG has applied to re-word conditions originally set by Leeds City Council so a greater amount of development can be delivered on site by only using the western junction – before it becomes necessary to introduce the £9 million eastern access or connecting bus route on site.

The application also shows a new pedestrian access route from the A65 down into the new pocket park at the heart of the development which will provide direct access onto the train station, new facilities and recreational routes.

A report to be considered by councillors concludes:

“The application … will further help facilitate more efficient / quicker delivery of key upcoming plots, whilst at the same time improving upon existing pedestrian accessibility between the Forge and neighbouring communities and key public transport nodes both by bus and train.

“The application is also considered to maintain highway safety and efficiency at the western junction while better facilitating the timely development of plots in the short to medium term which will in turn generate an important cluster of new sustainable housing and commercial floorspace.”

Councillors on the South and West Plans Panel will meet on Thursday to discuss the application.