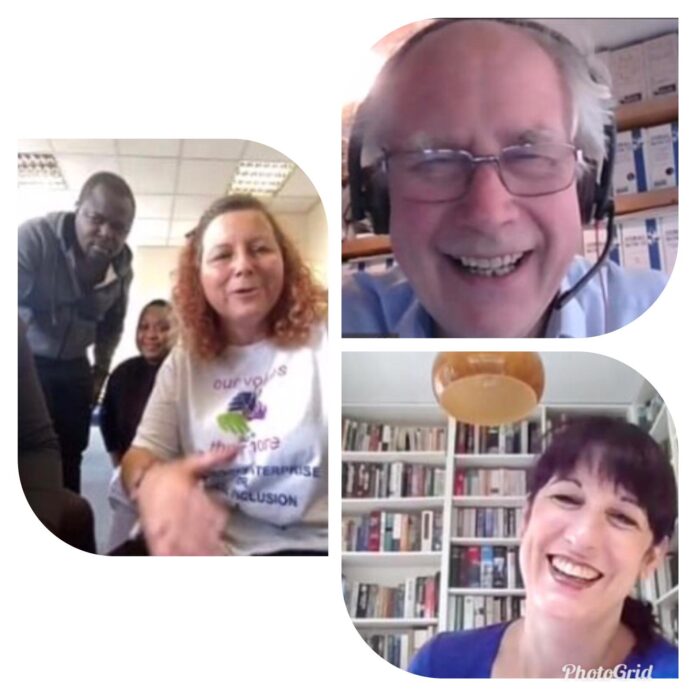 The duo were nominated by Janey Dicker, who said:

“They help collect and deliver food and supplies around Hawksworth Wood for the local foodbank, as well as organising socially distanced keep fit sessions and generally going out of their way to help anyone in need. They’re just the most selfless, lovely people.”

The winners received a virtual congratulations via Zoom from Leeds West MP Rachel Reeves, who is running the awards. She said:

“I really enjoyed meeting with Sam and Robert today – they have been pivotal in helping local residents during this period, and they truly deserve the award. Thank you Sam and Robert!”

Councillor John Illingworth (Lab, Kirkstall) was also able to join the meeting to offer his thanks on behalf of Kirkstall councillors and residents.

Nominations for the Leeds West Local Hero are now closed, but winners will continue to be announced until the end of August.