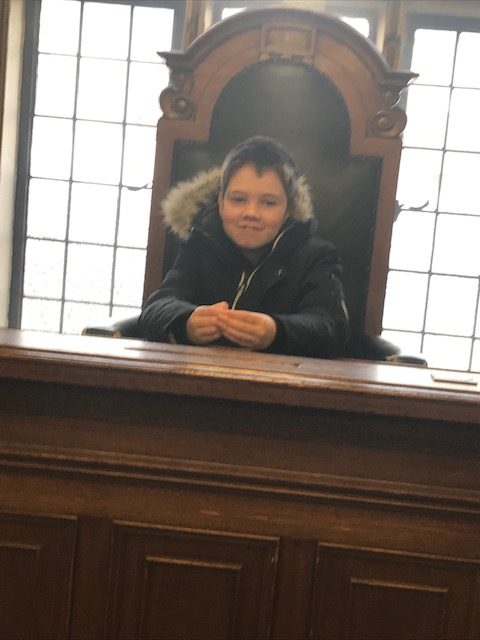 Hundreds of people flocked to Pudsey Town Hall to explore its many corridors and rooms at a special open day.

Guided tours were run by Pudsey & District Civic Society and attendees were able to visit the former town council chambers, which were in regular use until the council’s dissolution in 1974.

The former magistrates court and police cells were also open, as well as the tower, which offered spectacular views across Pudsey and West Leeds.

“It’s great to explore some of Pudsey’s heritage but such a shame to see how empty the building is.”

“The town hall is a gem of a building and it’s fantastic to see so many people turn out. But it’s a shame how empty it’s become since council services moved into the community hub.

“I want to stress Leeds City Council haven’t said they’re selling. But we wanted to gauge opinion on what people would potentially like to see the space used for.

“I heard suggestions about theatres and cafes etc, which is great. but you’d need a million to refurbish it. It’s a big building to take on.”

Cllr Seary said there was the possibility of a public meeting later in the year to discuss future uses.