How Farsley and Pudsey remembered the D-Day fallen

Pudsey & Farsley Royal British Legion Branch hosted two services of Remembrance to mark the 75th anniversary of D-Day, which was a pivotal moment in the Second World War. 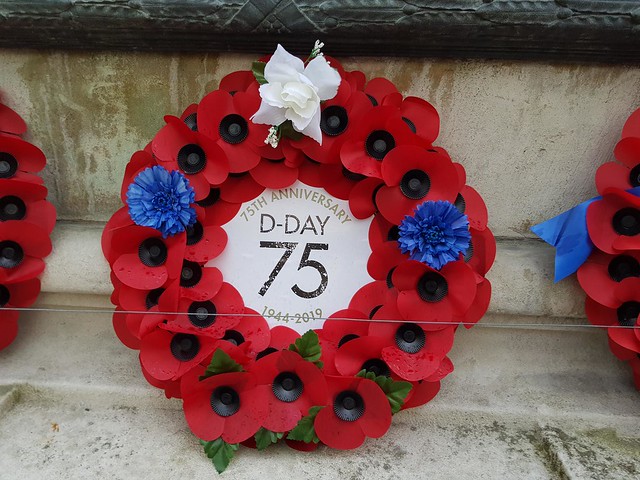 A wreath was laid to acknowledge the contribution and sacrifices of the Farsley community during crucial summer of 1944.

This was followed by a large and well attended service at Pudsey Cenotaph.

The service was opened by the Reverend Richard Dimery with prayers for continued peace and liberty and thanks for our Armed Forces. 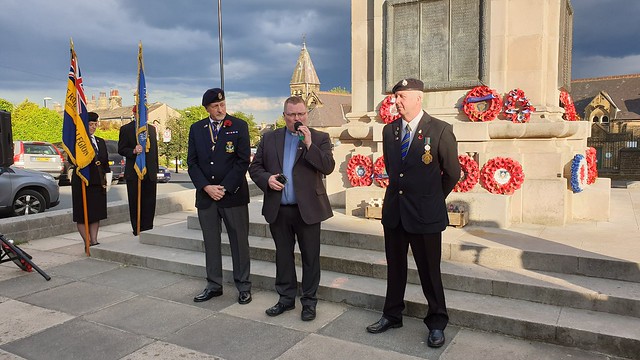 Branch historian Damon Sugden continued with an explanation of the significance of D-Day. The names of the Pudsey men who died during the battle for Normandy, and are named on the Cenotaph were read out:

Wreaths and crosses were laid by Branch members and Councillors Simon Seary and Trish Smith, also by Dawn Seary on behalf of Stuart Andrew MP. 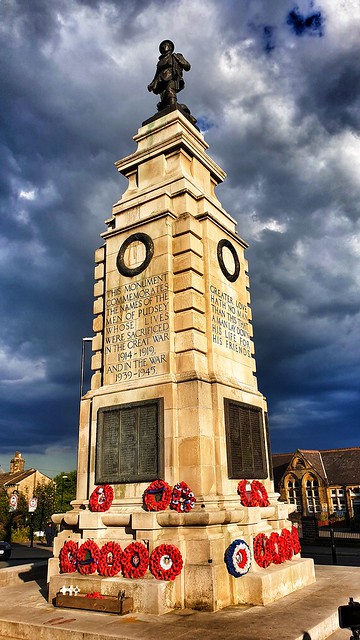 Branch President Danny Dance read the poem “In Ocean Wastes” (the Naval version of “In Flanders Fields”) and The Exhortation. This was followed by the Standards being lowered to The Last Post and a 2 minutes silence.

There was a guest appearance of the D-Day-Normandy Old Comrades Association (Pudsey) Standard, this was its first public appearance since being laid up after the last local Normandy Veterans had sadly passed away. The standard was kindly loaned by Pudsey & District Civic Society.

“Our communities played their full part in everything that happened in the build up to D-Day.
“From the young men and women that had joined up, our skilled workforce that moved onto war work producing vital supplies. The generous local folk that opened their homes to the children and refugees from our bombed cities. This all piece by piece laid the foundations for victory.
“It’s important to remember the our combat veterans of D-Day, who fought their way up those beaches on this day 75 years ago. Many of them now all sadly passed on, but we acknowledge and say thank you to that incredible generation to whom we owe so much.”

Their next event will be their Armed Forces Day weekend celebration at the Royal Hotel, Station Street, Pudsey on both the 29th and 30th of June.