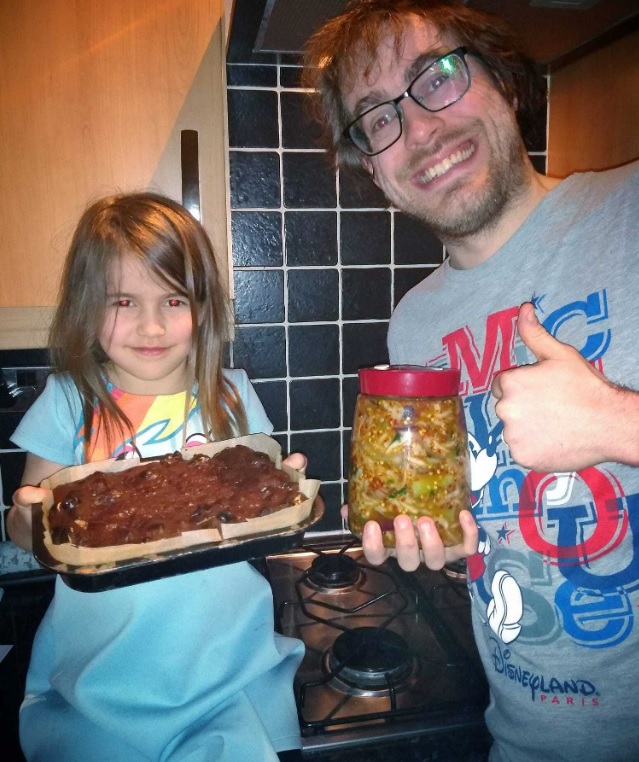 Many parents across the country are finding they are now in charge of their children’s day to day learning, writes Richard Beecham.

And while many older children have work plans set by their schools, and are able to log on at home, how do you cope when you have younger kids who are more used to the interactive side of learning?

We’ve managed to speak to three parents who home school their young children, to see what handy hints and tips they have for parents who are having to oversee their childrens’ learning for the first time.

Ian and his partner live in Wortley with their daughters Imogen, five, and Elanor, two.

He said the Covid-19 epidemic had a significant impact on day-to-day schooling, but believes it has made them more creative and structured with their days. He said:

“Before [the outbreak] – there was always a broad idea that we would go out to a museum in a day or help her to read a book.

“Since Covid-19, we are having to be a lot more imaginative with the house itself. We can still do the activities but within the home environment. It’s given us a bit more structure – no matter what time we work, we are still stuck in the house and we are doing maths!”

“A lot of people who don’t home school say they can’t do home schooling because they are not knowledgeable enough, but it’s not like we are saying we know better – we are learning with the kids!”

For parents who are having to teach their young children for the first time, Ian said:

“The number one piece of advice is try not to get stressed – there will be a lot of questions. But the best thing to do is go with the flow.

“Look for life lessons in random activities. I would also stress to people to seek out the advice – people look to make their own generalisations about home schooling, but there are a good 20-30 different ways it can be done.”

Ewa Gorska home schools her son Buckley from their home in Otley.

She made the choice to home school, as she wanted her child to be able to spend as much time in nature, and to be as physically active as possible.

“I also wanted to decide what he was being taught and that this was relevant. Things like human rights and knowing how to set up a bank account or a business.

“I love it – it’s easy for me to say because I only have one child, so it’s just one to one care. Sometimes we get on each others’ nerves, but we generally enjoy each other’s company and we get to learn together.”

So is there a plan for the day’s lessons?

“This is what most people aim for,” she said. “But most of the time you find that a child’s interest is the best in the morning – so that is when we do English and maths.

“After lunch we would normally go to a museum, to the park, or to socialise – but we can’t do much of that at the moment! Right now we are going on a lot of walks and getting exercise.

“He is not going to music lessons or football every week like usual.”

For parents who are having to oversee their child’s education for the first time, Ewa said there were also some useful resources available online, such as Khan academy. She added:

“Some children have to attend classes online, but if that is not the case, my advice is not to push, and to try and make learning fun. Learning should not be a chore, it should be a pleasure.”

“I think above all this is a beautiful opportunity for people to spend more time with their kids.”

“Jasper was an August baby,” she said. “I was taking him to look round schools when he was three. That part I was a bit exasperated that I was going to put him into a long term institution when he was still having an afternoon nap.

“I have worked in education and I have seen the other side. A lot of the current policies that go towards academic achievement and away from creativity and play. ”

She stressed it is important for parents to know that the current situation was not representative of home-schooling day to day. She said:

“When you home-school, you still go out lots. We have the run of the art galleries and museums – they also take classes like science, drama and French. At the moment, it is an emergency situation and we are struggling as much as everyone else.”

“My advice comes from having a five year old and a seven year old – my biggest piece of advice is not to try to school them. I know that might seem counter-intuitive, but at the moment, your main port of call is looking after their mental health. They are so worried about situation and home is their safe place.”

“I would also say social media is a useful tool – there are some fantastic Facebook groups and resources that point parents in the right direction.”

Do you have any home schooling tips? Drop us a line at news@westleedsdispatch.com and we’ll publish the best.