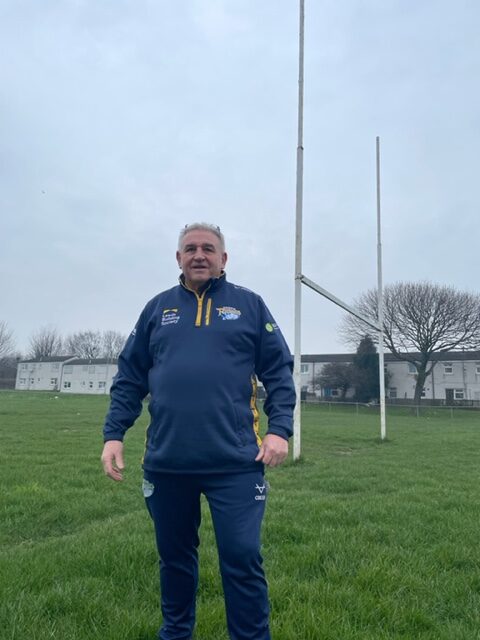 West Leeds Amateur Rugby League Club are appealing for help to support plans for a new £130,000 community clubhouse which will ‘help restore pride in a forgotten area’.

Their proposals include a kitchen, viewing area, toilets and storage area.

Sam Horner, a rugby league development officer for Leeds Rhinos Foundation, said the club already has £50,000 pledged from the Rugby Football League – but needs to secure match funding either through grants or through the community raising the money themselves.

“The new clubhouse will help provide quality facilities for all our teams. Our youth section actively takes youngsters off the streets and helps keep them out of trouble. They need a decent building.

“The new building will also help regenerate the area. It’ll be used as a hub for the community to bring people together, improve people’s health and wellbeing in a forgotten area. I’ve already had people asking me when bingo, which used to run in the former club next door, will be starting!”

Mr Horner, who is a trustee and founder member of West Leeds ARLFC, said he was speaking to nearby New Wortley Community Association about running educational courses for people living in LS12.

He is appealing for local businesses to donate materials and time to help build and kit out the new facilities. Mr Horner can be contacted on sam.horner@leedsrhinosfoundation.org.

Councillor Jim McKenna (Lab, Armley) is backing the proposals, and urged people to support the appeal. He said:

“The area is one of the most deprived parts of the city and there are few family friendly activities.

“They need the community to come together to support the club, which carries out vital work with youngsters, some of whom go on to make their way in the professional game. Armley councillors are also looking at where funding might be found to support this initiative.”

The club used to meet in the adjoining West Leeds Sports and Social Club until it closed. The building is now derelict and there are plans to turn it into offices.

When WLD visited, the former club had clearly been vandalised and been used for flytipping.

West Leeds ARLFC have been running a junior rugby club for almost 25 years. They currently run teams from Under 7s to open age, for both males and females.