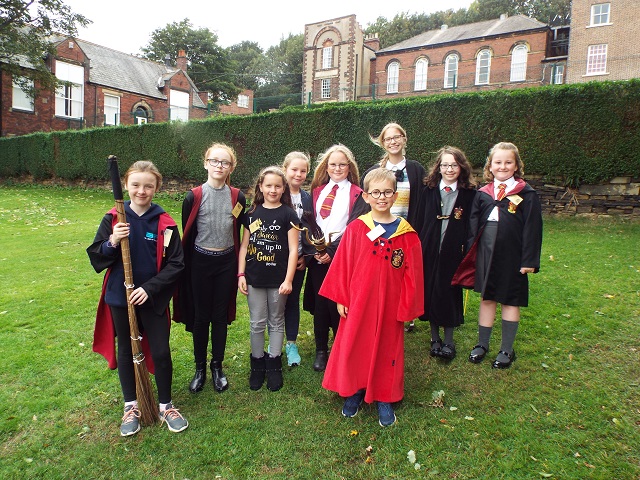 Fulneck School was transformed into the Hogwarts School of Witchcraft and Wizardry when it hosted a special Harry Potter day.

Pupils from the independent school in Pudsey along with other local primary school children attended the free event dressed as their favourite characters such as Hermione Granger, Ron Weasley and, of course, Harry himself.

They took part in an exciting programme of activities including the creation of magic potions, casting spells, broom racing, a treasure hunt and a Harry Potter themed quiz.

However the real highlight of the day was a falconry display when the children had the chance to handle an owl and see and learn more about various birds of prey.

They were also treated to a spectacular exhibition of flying by Victor, a Siberian Eagle Owl.

“We wanted to create an event which brought the whole Harry Potter phenomenon to life and help further fuel the children’s imagination. The school and our wonderful grounds provided the perfect backdrop for what was a really successful day.”

“Events like this take a lot of planning and I would like to thank Clare and Katie for all their hard work and the staff who gave up their spare time so willingly to help.”