Growing your own fruit and veg is pure poetry! 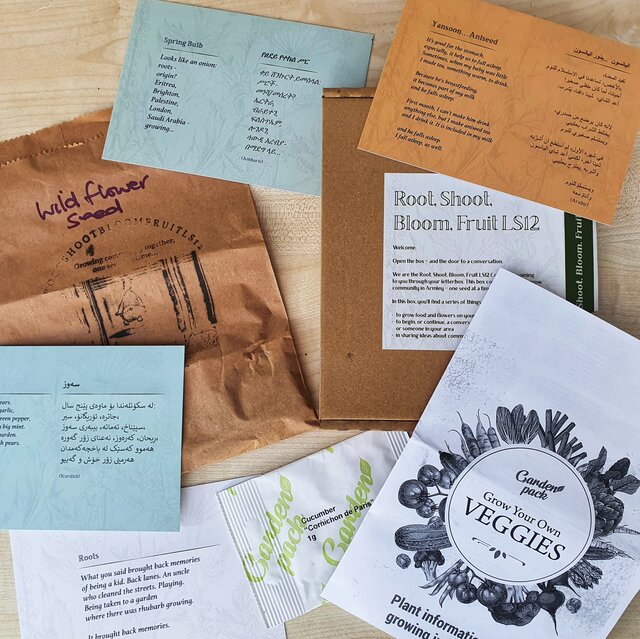 Gardening together in an Armley allotment has helped a group of refugees and asylum seekers to come together and has inspired them to write poetry thanks to Leeds 2023.

Root Shoot Bloom Fruit LS12, a project supported by Leeds 2023’s My World, My City, My Neighbourhood, fuses allotmenteering with poetry, animation, planting and conversation – and promises to grow the community, one seed at a time.

With the help of Armley-based poet and performer Rommi Smith, who also happens to have an allotment in the town, the group of women have been encouraged to become poets, and this week they performed their work live at Christ Church.

The women are all part of the charity Meeting Point, based at the church, which provides practical and emotional support for refugees and asylum seekers including social activities and practical help and advice.

This week’s performance featured women from many different countries, reading their poems to music, most of them for the first time in languages including Arabic, Kurdish, Amharic, Spanish and Geordie!

Root Shoot Bloom Fruit also launched a Letterbox Planting Project, encouraging the community in Armley to plant seeds. Letterbox-sized boxes containing seeds, growing instructions, and some of the poems in their original languages and translated into English, are being handed to local people in the hope of encouraging idea-sharing about Armley.