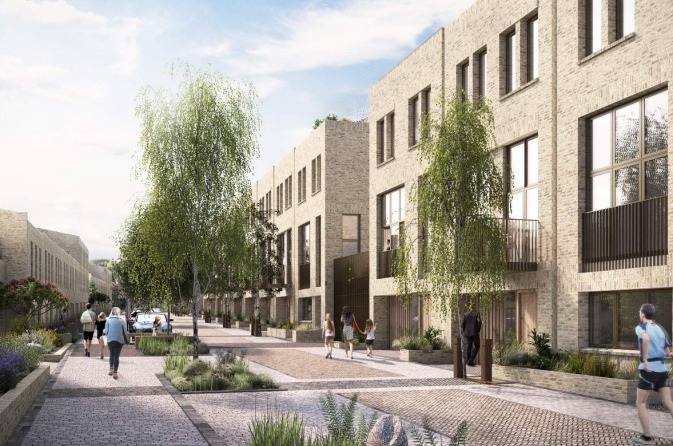 Plans to build more than 200 houses and 2,400 square metres of offices at Kirkstall Forge have been given the green light by Leeds planning chiefs this week.

The wider site already has outline permission, meaning work has already been done to make the land ready for development. Phase one of the development – the large office block next to the train station – opened in 2017.

Members of the council’s of the South and West Plans Panel called the plans “good” and “well thought out” before voting in favour of the plan.

Proposals also included space for pubs/drinking establishments and hot food takeaways on the ground floor of the office building.

This part of the application – known as phase two – covers an area of around three hectares and includes future sites (known as C and D), which are expected to be developed as housing at some point in the future.

It would consist of 213 houses and apartments. The apartments would be in two blocks.

The properties will be set around a new public square called The Stitch, which includes a pocket park. This area will create a venue for organised events and informal gatherings at the heart of the development.

Although permission to build on the site had already been given at an earlier meeting, the proposals went back to the committee due to changes to the siting, design, external appearance and landscaping.

According to a report from council planning officers, the plans have support from Leeds Civic Trust which “strongly supports the project for commendable design intentions”.

“As usual, it is well thought out applications that we get on this site. One question – this is the third time you’ve had a go at this – are you likely to start, or what’s the likelihood of you starting?”

Coun Robert Finnigan (MBI) was not impressed with the plans, adding:

“I am utterly unconvinced that 80 one-bed flats contributes to a cohesive neighbourhood. It encourages a transitory neighbourhood and all the problems and difficulties that creates.”

“There is a lot good about this application. I am particularly pleased about the balconies. It has been shown in the pandemic that when you do live in a flat, you do need that extra amenity space.

“With regard to the play area, just beyond the development you have got woods, having a safe play area for kids to go to and the parents know they are safe when they are going there. That is good for their development.”

Members voted in favour of the plans by nine to one.