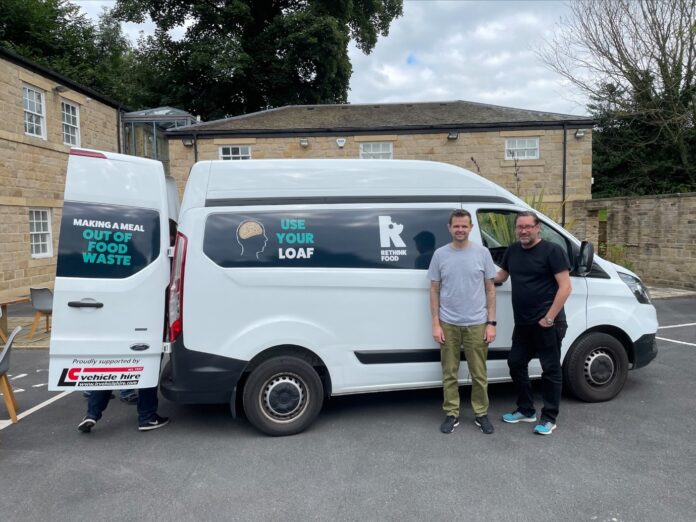 Pudsey-based charity, Rethink Food, has received a significant furniture donation for its new venture in the White Rose Shopping Centre.

Rethink Food aims to remove hunger as a barrier to learning by increasing awareness and providing food to children from over 100 schools that would have otherwise gone to waste.

The charity’s new venture will be a safe space open to the public for people to come and learn about food security.

“The merger, combined with an increased demand for hybrid working, meant that the space no longer served us. This obviously left us with quite a lot of spare furniture. So, when a colleague introduced me to Rethink Food and we realised we could support the charity with this donation, it felt like the right thing to do, as they’re doing really important work in the local area.”

The furniture will be used in a 10,000 square foot unit at The White Rose Shopping Centre, which will be a safe space open to the public for people to come and learn about food security as well as seeing the workings of a community interest group.

“This is really important because what we do provides a lifeline in the first instance to many people. When lockdown hit and we could no longer physically get into schools, we developed a virtual learning platform called The Rethink Food Academy.

“Seeing its positive impact, we realised that there was potential to develop this within a physical space post lockdown, but with a space far bigger than our wildest dreams, we then had the challenge of how to fill it. After connecting with IMA HOME and visiting Beechwood Estate, I was completely blown away by the opportunity.”

Rethink Food is based on the Grangefield Industrial Estate in Pudsey.