It’s election week – and West Leeds Life puts the focus on the fight for political supremacy in the two constituencies in our area – Pudsey and Leeds West.

Pudsey
Welcome to the marginal constituency of Pudsey, which changes hands in line with the government and where literally every single vote really is so important to parties. 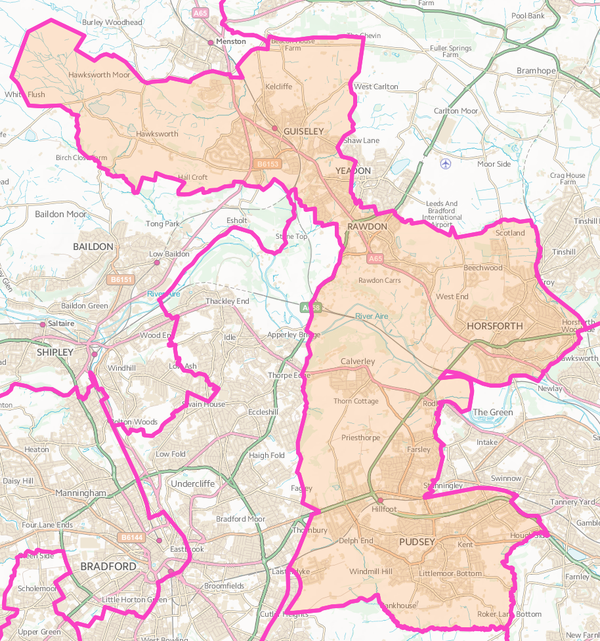 The Conservatives won Pudsey with a majority of 1,659 in 2010, after Labour’s Paul Truswell had won what was traditionally a Tory seat in 1997.

Pudsey’s been identified as one of the top 10 most important marginals in the country.

In 2010 the seat benefitted from ‘Cleggmania’, which essentially saw the Lib Dems claw enough votes away from Labour to allow Conservative Stuart Andrew to win the seat (Conservative vote was up 4.8%, Labour nosedived -10.3% and the Liberal Democrats increased by almost 3% to a healthy 10,224 and a near 21% share of the vote).

Lib Dem support has dropped off since then and it’s interesting that the Conservative supporting Telegraph has Pudsey pinned as one of the 26 seats where a vote for UKIP ‘could inadvertently make Ed Miliband Prime Minister‘. Scaremongering? Perhaps.

It’d take a near-impossible behemoth shift for UKIP to win the seat, but they could yet influence the outcome. Will Stuart Andrew retain his seat, or will challenger Jamie Hanley reclaim it for Labour? It’s really too close to call.

While Pudsey is up for grabs, surely Leeds West is surely a safe seat for current incumbant, Labour’s Rachel Reeves?

Looking at the 2011 results, it would appear Reeves has little to worry about.

Since Labour’s John Battle ousted Liberal Michael Meadowcroft with a 4,692 majority in 1987, it’s been relatively straightforward for Labour in Leeds West, as you can see from the majorities below.

It is worth noting Labour’s diminishing majorities over the years. 2010 saw a particularly strong challenge from the Liberal Democrats, who won almost a quarter of all votes in the constituency.

National polls would suggest the Liberal Democrats are unlikely to match that success this time around, with some polls placing them fourth.

So who will be Labour’s nearest challenger this time around? Leeds West does not have a strong support base for the Conservatives, so it’s anyone’s guess, but given relatively strong showings at the last local elections (which saw Labour come in third in wards like Farnley and Wortley) it could be UKIP who grabs the runners up spot on this occasion.