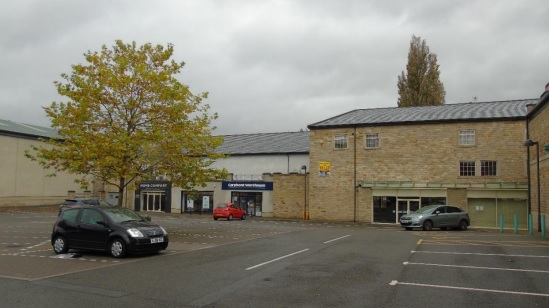 The arcade, would include a café/bar and retail area, would create 15 jobs and offer classic arcade games such as Space Invaders, Pac Man and Super Mario.

It be based in the Grade II Listed building which forms part of the Abbey Retail Park on Savins Mill Way, between Morrisons and the Kirkstall Bridge Shopping Centre. Developers say minor internal works are proposed to the building.

The company behind the proposals, Arcade Club, say in a statement accompanying the plans that the business would be different to a traditional amusement arcade and would not include gambling machines:

“The proposed use is intended to provide a vintage amusement arcade containing computer games from the 1970s, 1980s and 1990s. Customers would pay an entrance fee to gain access to the machines.

“The proposed development would help to provide a source of leisure, provide employment opportunities, make a positive contribution to economic growth and would not result in any material harm.”

Bury-based Arcade Club would also like to offer snacks and drinks to customers and also be able sell gaming merchandise.

The owners of the site say they had unsuccessfully tried to market the unit as a shop, but difficult retail market conditions had led to little interest. A new Starbucks coffee shop opened earlier this year at Abbey Retail Park.

The building dates back to the 18th century and has previously been a nightclub – ‘BarCelona’ – and a children’s entertainment complex – ‘Funtasia’. The building then stood empty before suffering a fire and consequently becoming part of the Abbey Retail Park. Its last use had been a kitchen showroom.

The plans to change the use of the unit from retail to leisure can be viewed in full – and commented upon – here. A listed building application, featuring a heritage statement by the developers, can be viewed here.