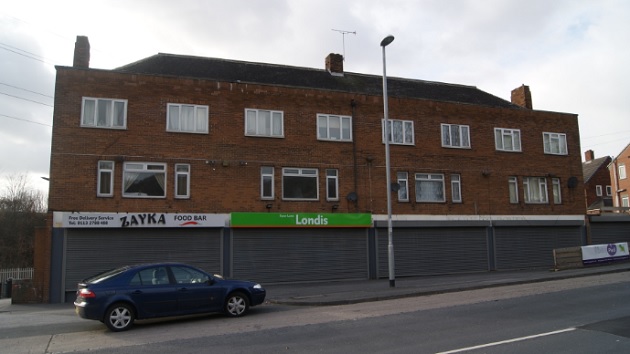 A former pub building at the edge of Kirkstall is set to become flats, after the council agreed in principle to sell its stake in the site.

The former Hark to Rover pub in Spen Lane closed in 2009.

The current – unnamed – leaseholders acquired the lease in January 2011 and converted the ground floor of the public house into five retail units. There are four maisonettes above the shops.

A council report says the retail units have failed and “a sustainable alternative use is required”. Planning permission has already been granted to transform the ground floor shops into five flats.

The report fails to provide details of how much money the council wants in order to release the site.

The report gives permission for the council to negotiate the sale of their freehold, subject to satisfactory completion of building work.

The building originally replaced a much older pub of the same name further down the road in Morris Lane.