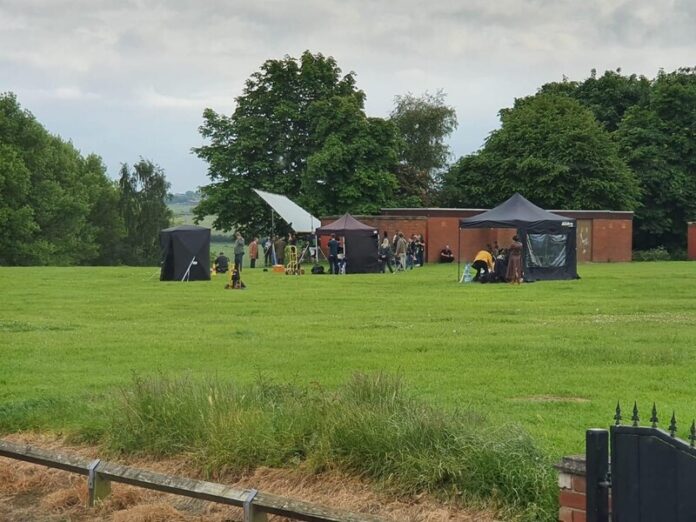 Wortley residents had their fair share of excitement last week as roads were closed and residents asked to move their cars as production teams made Wortley their home for the week.

Residents gathered to watch a new TV series being filmed, rumoured to be the Yorkshire Ripper series called The Long Shadow. Filming took place across the Wortley area, at Granny Lane, The Highfields, Leysholmes and around Western Flatts Cliff Park.

Street names were changed and Western Flatts Park was transformed into Roundhay Park.

Local mum Claire said: “The film company and crew were all lovely and were happy to talk to you when they arrived Monday. The location team said they were filming a six-part crime drama for ITV through Versa Studios on Whitehall Road. They confirmed it was about the police investigation into the Yorkshire Ripper.

“It’s been really interesting seeing all the film equipment and old cars and the actors/actresses about.”

Claire also shared some concerns. She added: “I have family who live on the Dragons and my grandma is 84. So it was more inconvenient for them as they can’t park on their drive and the council/film crew didn’t offer an alternative parking place. The area is usually double parked and always busy, so it was hard to get somewhere to park.

“I think it’s been great for the local area, but also appreciate it has been inconvenient for some too.

“Leeds City Council will have received a nice fee for this. It would be lovely to see some of the fee the council accepted to be invested into Western Flatts Park and Wortley Rec.”

The series should air this September, with cast members including Katherine Kelly, Charlie Webb and Daniel Mays.