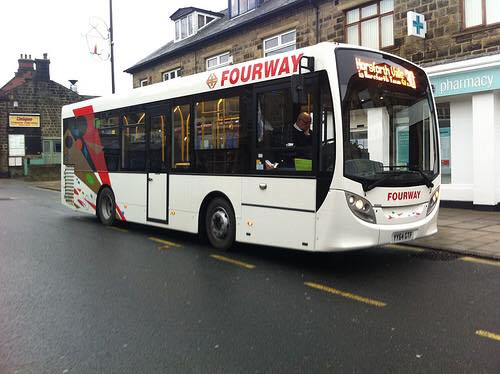 Busy Farsley Town Street is set to close for a week due to roadworks.

Road repairs by Leeds City Council mean busy Old Road and Town Street will close from Monday 14 January until Monday 21 January 2019, from 9.30am to 3pm.

The closure will mean buses are affected during those times.

An off-peak minibus will operate from Farsley Cenotaph to Rodley (canal basin) so that bus users can connect up with services operating via Town Street, Rodley. A higheways spokesperson said:

“Obviously residents will be affected, however we would only expect minor disruption as the works are minor and sporadic along the length of the road. Residents will be asked to park their cars away from the actual areas of work or approach their property from one end or other of the street, depending where their property is and where the team are working.”

The shuttle bus, operated by Fourway, will run Monday to Friday:

The shuttle bus will operate non-stop between Farsley Cenotaph and Rodley.

During the road closures, the following bus routes will be diverting in Farsley: