A festival to celebrate Farsley’s connection with the famous Aston Martin brand is set to draw big crowds this weekend. 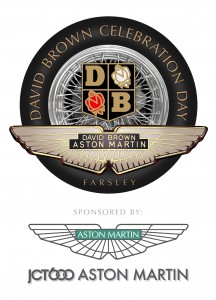 The event take place on Saturday, 5  September, with a procession of vehicles winding its way through the village from Throstle Nest at 11am.

There will be many cars and tractors participating in the parade, and there will be 5.5 tonne memorial unveiled at Newlands to mark the Aston Martin link with the village.

The stone will be faced with the logos Aston Martin and former owner David Brown engraved on the front. In addition there will be a heritage plaque put on it. The stone is on the site of where the production line was for the construction of the first Aston Martin cars.

The unveiling will be by Adam Brown, grandson of David Brown, also present will be the president of the Aston Martin Owners Club.

There will also be a parade of David Brown tractors through the village.

Although the main manufacturing plant of James Bond 007’s car of choice was in Huddersfield, they also had a factory at Newlands Works in Farsley. By 1950 Newlands was the main producer for tractor engines and the power unit for the new Aston DB2.

Although some of the business had started to move by the mid 50s, rolling chassis were still produced at Newlands and test driven in Farsley.

Provided the cars could reach 90 mph in third up the hill towards Rodley they were signed off. The company left the site in 1957 after deciding not to renew their lease.

In the run up to the event, this morning there will be a ‘terrific tractors versus amazing Aston Martins’ event at Farsley Library (10.30am-noon) where children can design their own tractor and Aston Martin.

And on Friday, 4 September, the library will be getting geared up for the big day by telling transport-themed stories between 2-3pm at a free event called Beep Beep Brooooom!