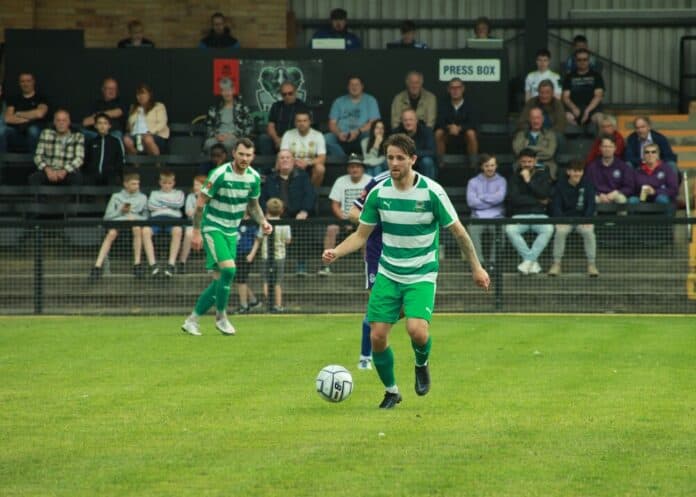 Farsley Celtic secured a morale-boosting pre-season win against National League side FC Halifax Town in a full-blooded encounter at the Citadel.

The home side were boosted by an assured debut from new centre back Andy Butler and a stunning performance by a trialist from Huddersfield Town U23s in goal, who will surely earn a contract after half a dozen excellent saves. Jacob Gratton also impressed

It was the visitors who took the lead through a Matty Warburton penalty after 29 minutes when the lively Mani Dierseruvwe was fouled.

Farsley equalised before half-time through a penalty from Frank Mulhern.

Both sides had chances in a keenly contested contest, with Farsley’s trialist keeper impressing.

The lively Mwiya Malumo raced clear of the Halifax defence and calmly claimed the winner in the 82nd minute.

Farsley will be hoping a first-half injury to Bobby Johnson isn’t too serious, but will be thankful striker Jimmy Spencer didn’t see red for a last-minute tangle with a visiting defender.

Here are some of Simon Cullingworth’s photographs from the match:

The Celts’ next friendly – at Grantham on Tuesday – has been postponed. The next home game is another test against a National League side, with the Celts playing Scunthorpe United next Saturday, kick off 3pm.