Farsley Celtic back on winning track against Buxton 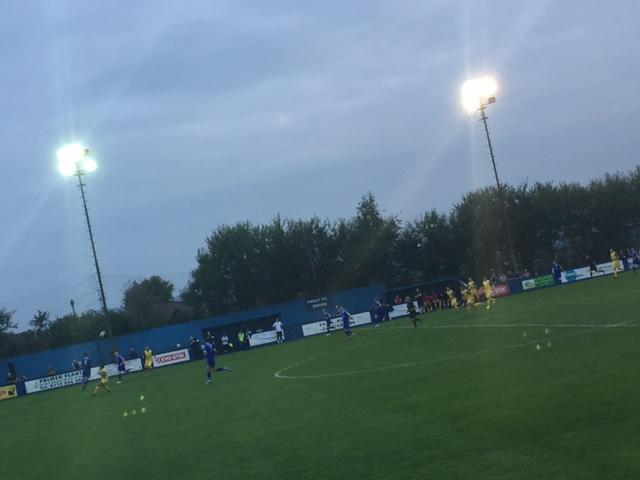 Farsley Celtic returned to winning ways and moved back into the playoff positions with a dominant 3-0 victory against Buxton, writes THOMAS RITCHIE.

A Nathan Cartman strike and a late brace from substitute Luke Parkin earned Farsley the three points, whilst Danny Ellis, starting upfront once more, was exceptional as he won every header and flick on.

Farsley, unlike in recent games, started the brighter of the two sides and fashioned the first opportunity of the game as the ball ran through to Nathan Turner, but his deflected effort was inches wide of the upright.

However, the Celts still got off to a great start when they scored their first goal inside the opening 15 minutes since the 18th November, as Nathan Cartman poked home after Danny Ellis’ flick on.

Ryan Watson then came close to doubling Farsley’s lead as Will Jaaskelainen’s poor kick fell to him, but his powerful effort fizzed just over the crossbar.

Jaaskelainen then prevented Farsley from extending their lead, as he saved superbly from Adam Clayton’s close-range effort.

Ryan Watson came close once again as his curling free-kick struck the base of the post, before on the stroke of half-time Danny Ellis missed a fantastic chance as he shot just over from Paul Walker’s terrific cross.

Farsley continued their dominance into the second-half and Nathan Turner’s shot struck the outside of the post after excellent build-up play from Danny Ellis and Nathan Cartman.

Buxton had their best chance to draw level with 20 minutes remaining, but Jack Broadhead failed to hit the target from the edge of the six-yard box.

The hosts then wrapped up the three points, courtesy of two goals in three minutes from substitute Luke Parkin. Farsley countered and Danny Ellis found Ben Atkinson whose cross was tapped home by Parkin, before two minutes later Parkin received the ball in space and superbly fired home.

A speculative effort from Buxton’s Andy Wilson with five minutes remaining hit the crossbar, before in the final minute of added time Nathan Cartman almost scored his second, making an excellent run before his effort was well saved by Jaaskelainen, the Celts comfortably taking the three points.