Police have issued images of a man they want to speak to in connection with an armed robbery in a convenience store in Farnley. 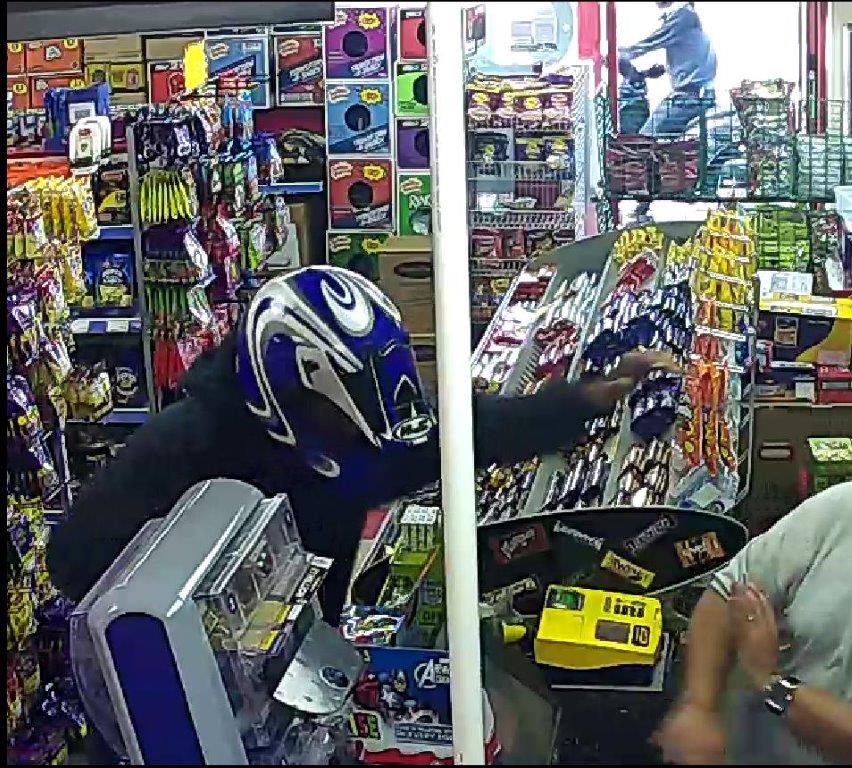 Leeds District CID would like to speak to anyone who has information about the incident which took place at the Farnley Convenience Store on Tong Approach on Wednesday August 12.

It took place at about 4.13pm after two men pulled up outside the store on a scooter.

One, who was wearing a white and blue helmet, entered the store and threatened the 59-year-old male shopkeeper inside with a claw hammer while demanding money.

He then grabbed the victim’s mobile phone before fleeing after the shopkeeper resisted. 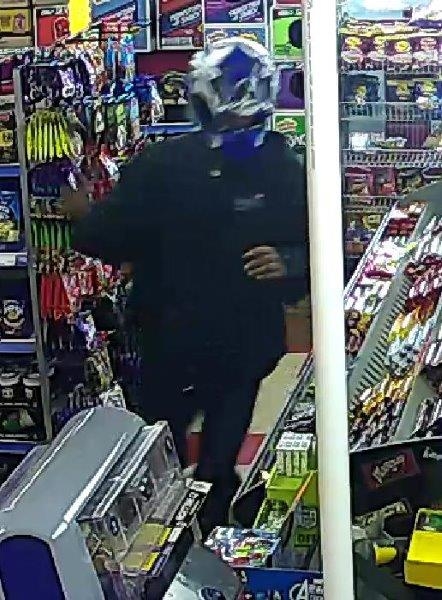 The man who entered the store was described as Asian, 5 ft 10ins in height with a long thin nose, wearing a helmet with a missing visor.

The second man was wearing dark clothing and a dark coloured helmet.

“We are appealing for witnesses to what would clearly have been a frightening incident for staff inside the shop. I would ask anyone who saw two men pull up outside the store on a scooter or flee following the offence or who can help identify the offenders to contact myself at Leeds District CID on 101. Information can also be given to the independent Crimestoppers charity on 0800 555111.”