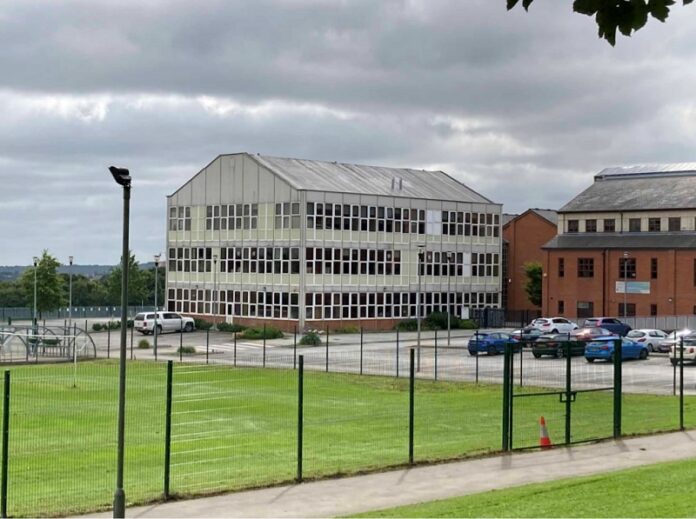 Plans to revamp a teaching block at The Farnley Academy have been submitted to Leeds City Council for consideration.

The school, run by Gorse Trust, has applied to remove and replace cladding, doors, windows and roof fabric on the existing Asquith three-storey teaching block, which dates back to the 1970s.

Proposals include replacing the existing building fabric to ensure it becomes watertight and warm and transform the building’s appearance so it looks like others on the site and form a coherent collection of buildings.

A report submitted with the planning application states:

“Asquith building has received some modernisation but, due to the condition of its external fabric, it has fallen behind. This prominent building is one of the first that visitors see but is also the ugliest, not helped by its palette of materials which contrast with the rest of the campus.”

The report states all new elements will be insulated, fire stopped and built in compliance with current building regulations. It adds:

“The existing 900mm high red-brick masonry plinth will be retained. Above that, the continuous ground floor windows will be infilled with facing brickwork, punctuated by regular window openings that fit within the existing structural grid. The new and existing brickwork will then be painted with masonry paint to will blend the two phases into one visual element.

“The first and second floors will be wrapped with a new, insulated rendered finish on the three secondary elevations, punctured with regularly spaced, double height window openings. The North elevation that faces the site entrance will be reconstructed to match the other primary elevations on site so will have a large feature window opening with projecting rendered surround.”